Isaiah Washington Net Worth: Isaiah Washington is an American-Sierra Leonean actor who has a net worth of $500 thousand dollars. Isaiah Washington was born August 3, 1963 in Houston, Texas His parents moved to Missouri City, Texas, around 1980, where he was one of the first graduates from Willowridge High School in Houston, in 1981. Washington went on to serve in the United States Air Force and attended Howard University. Washington is best known for his role as Dr. Preston Burke on the ABC medical drama "Grey's Anatomy" from 2005 until 2007. His portrayal earned him two NAACP Image Awards for Outstanding Actor in a Drama Series, as well as a Screen Actors Guild Award. He is also a veteran of several Spike Lee films including: "Crooklyn", "Clockers", "Girl 6", and "Get on the Bus". A genealogical DNA test conducted by African Ancestry, Inc. revealed that Washington's maternal ancestry can be traced to what is now Sierra Leone. In May 2006 he visited Sierra Leone, and received a warm welcome from the local people. He travelled to Sierra Leone in May 2006 marking the beginning of his charity work and was granted Sierra Leonean Citizenship, making him the first African American to be granted full citizenship based on DNA. 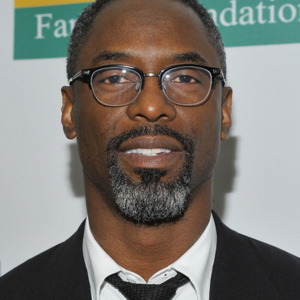