Isabelle Huppert Net Worth: Isabelle Huppert is a French actress who has a net worth of $40 million. Isabelle Huppert was born in Paris, France in March 1953. Huppert has appeared in over 100 films and television shows and with 14 nominations she is the most nominated actress for the Cesar Award.

Her first role came in the TV movie Le prussien in 1971. In 1972 she made her film debut in Faustine et le bel ete. Huppert received her first Cesar Award nomination in 1975 for starring in the film Aloise. She starred in the 1977 movie The Lacemaker and won the BAFTA Award for Most Promising Newcomer. In 1978 she won a Cannes Film Festival Award for Best Actress and was nominated for a Cesar Award for Violette Noziere. Huppert gave an award winning performance in 1988's Story of Women as Marie. Her performance as Erika Kohut in 2001's The Piano Teacher won her awards from the Cannes Film Festival, European Film Awards, San Diego Film Critics Society, San Francisco Film Critics Circle, and Seattle International Film Festival Award. Isabelle also gave a multi award winning performance in 2002's 8 Women. In 2012 she starred as Eva in the film Amour and was nominated for a Cesar Award and a London Film Critics Circle Award. In total Huppert has won 63 awards. She was awarded a Lifetime Achievement Award at the 2014 Munich Film Festival. Isabelle married Ronald Chammah in 1982 and the couple has three children including actress Lolita Chammah. 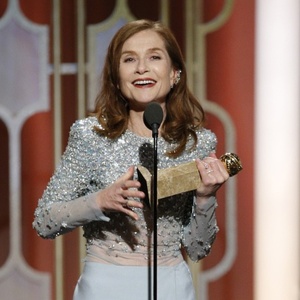