Isabelle Fuhrman Net Worth: Isabelle Fuhrman is an American actress who has a net worth of $500 thousand. Isabelle Fuhrman was born in Washington, D.C. in February 1997. She attended Stanford University and studied at Buckley School. At seven years old she made her acting debut when a Cartoon Network casting director saw her and cast her for the show Cartoon Fridays.

Isabelle made her film debut in 2007's Hounddog. From 2006 to 2009 she was featured in segments on The Tonight Show with Jay Leno four times. In 2009 she starred as Esther in the movie Orphan. She starred in the film Salvation Boulevard in 2011 and as Clove in The Hunger Games in 2012. She has also starred as Michelle in the 2013 film The Between and as Val in 2014's The Wilderness of James. In 2009 Fuhrman won a Best Actress Award at the Fright Meter Awards for Orphan. Isabelle Fuhrman has also been nominated for a Young Artist Award, Dublin Film Critics Circle Award, and Fangoria Chainsaw Award. Isabelle is a celebrity advocate for Save the Children's Caps for Good project. She is also on the Advisory board of the Love & Art Children's Foundation in Los Angeles. 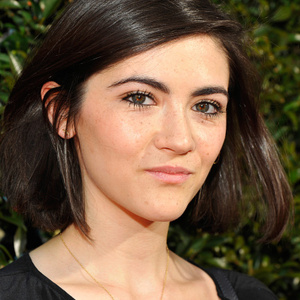