What is Isabella Rossellini's Net Worth?

Isabella Rossellini is an Italian-American actress and model, best known for her performances in such films as "Blue Velvet," "Death Becomes Her," and "The Saddest Music in the World." Isabella Rossellini has a net worth of $50 million. She has also appeared on television programs such as "Chicago Hope," "Alias," and "Shut Eye," and in the television movie "Crime of the Century." Additionally, Rossellini has written books and acted on stage.

Isabella Rossellini was born in 1952 in Rome, Italy to Swedish actress Ingrid Bergman and Italian filmmaker Roberto Rossellini. From her mother, she has three siblings: fraternal twin sister Isotta, brother Robertino, and half-sister Pia. Rossellini has four other siblings from her father: Renzo, Gil, Raffaella, and Romano, the lattermost of whom passed away as a child. As a kid, Rossellini was raised in both Rome and Paris. At the age of five, she underwent an operation for appendicitis, and at 11, underwent surgery to correct a case of scoliosis. At 19, Rossellini moved to New York City to attend Finch College; meanwhile, she worked as a translator and reporter for Italian television. She also made occasional appearances on the Italian Sunday afternoon variety show "L'altra Domenica."

In 1976, Rossellini made her feature film debut in the musical fantasy "A Matter of Time," appearing in a small role opposite her mother. Three years later, she had her first leading role in the Italian drama "The Meadow," for which she earned a Silver Ribbon for Best New Actress. This was followed in 1980 by "In the Pope's Eye." In 1985, a few years after the passing of her mother, Rossellini landed her first role in an American film, playing Darya Greenwood in the musical drama "White Nights." The next year, she had one of her most famous parts as nightclub singer Dorothy Vallens in David Lynch's "Blue Velvet," often appearing nude opposite Dennis Hopper's psychopathic character Frank Booth. For the performance, Rossellini won the Independent Spirit Award for Best Female Lead.

Rossellini followed her "Blue Velvet" success with two films in 1987: the crime mystery "Tough Guys Don't Dance" and the drama "Siesta." Subsequent notable credits include "Zelly and Me," "Cousins," and the actress's second David Lynch film, "Wild at Heart."

In the 90s, Rossellini had significant parts in such films as "Death Becomes Her," "The Innocent," "Fearless," "Wyatt Earp," "Immortal Beloved," "Big Night," "The Funeral," and the Dutch movie "Left Luggage." Her credits in the early 2000s include "Empire," "Roger Dodger," and "The Saddest Music in the World." In the latter film, directed by Canadian cult filmmaker Guy Maddin, Rossellini had a memorable role as Lady Helen Port-Huntley, a one-legged baroness who launches a global competition to promote her beer company. Following this, the actress appeared in "Heights," "King of the Corner," "The Feast of the Goat," "The Architect," and the Truman Capote biopic "Infamous," in which she portrayed Italian noblewoman Marella Agnelli. Rossellini closed out the 2000s with "The Accidental Husband" and "Two Lovers."

Among Rossellini's credits in the early 2010s are "The Solitude of Prime Numbers," "Keyhole," "Chicken with Plums," "Late Bloomers," and "Enemy," in which she played the mother of Jake Gyllenhaal's main character. Later notable credits include "Joy," "Incredibles 2," "Vita and Virginia," and "Silent Retreat." 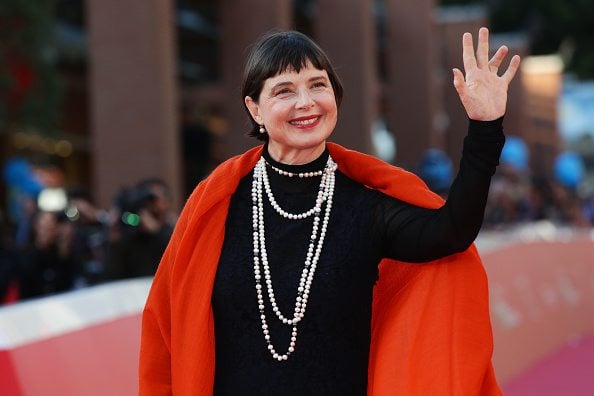 Rossellini made her television debut in 1989, appearing in three episodes of "The Tracey Ullman Show." She followed this in the 90s with a number of television movies, such as "Ivory Hunters," "Lies of the Twins," "The Gift," and "Crime of the Century," the lattermost of which earned her a Golden Globe Award nomination for Best Actress. Also in the 90s, Rossellini had memorable guest appearances on "Friends" and "Chicago Hope," and was in the mythological miniseries "The Odyssey" and "Merlin."

Rossellini began modeling at the age of 28, appearing in both the American and British versions of Vogue. She worked with myriad famed photographers, including Helmut Newton, Eve Arnold, Richard Avedon, Robert Mapplethorpe, and Annie Leibovitz. Rossellini has also appeared in such magazines as Vanity Fair, Elle, and Marie Claire.

Due to her popularity as a fashion model, Rossellini eventually entered into the world of cosmetics, becoming the exclusive spokesmodel for Lancôme in 1982. Later, in 1990, she participated in product development for a fragrance called Trésor. Although Rossellini was removed as the face of Lancôme in 1996 for supposedly being "too old," she was restored in 2016 by the company's new female CEO.

From 1979 to 1982, Rossellini was married to filmmaker Martin Scorsese, whom she had met when she interviewed him for Italian television. After their divorce, she married Jon Wiedemann in 1983; they have a daughter named Elettra. Rossellini also has an adopted son named Roberto. From 1994 to 1996, Rossellini was engaged to actor Gary Oldman.

As an avid activist, Rossellini has focused much of her time on conservation efforts. She is the president and director of the Howard Gilman Foundation, which strives to preserve everything from wildlife to the arts. Rossellini has also been involved with such groups as Wildlife Conservation Network, the Central Park Conservancy, and the Bellport-Brookhaven Historical Society. 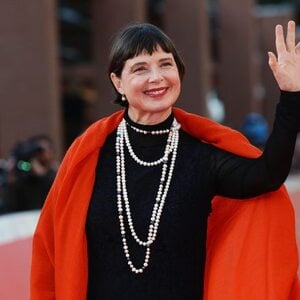