Isabela Moner net worth: Isabela Moner is an American actress and singer who has a net worth of $3 million. She is probably best known for starring in the Nickelodeon TV series 100 Things to Do Before High School and the 2019 film version of Dora and the Lost City of Gold.

Isabela Moner was born in Cleveland, Ohio in July 2001. She is also known as Isabella Merced. In 2014 she starred as Jenny on the television series Growing Up Fisher. Moner voiced the role of Kate on the TV series Dora and Friends: Into the City! from 2014 to 2015. From 2014 to 2016 she starred as CJ Martin on the series 100 Things to Do Before High School. Isabela Moner has appeared in films including Middle School: The Worst Years of My Life, Transformers: The Last Knight, Sicario: Day of the Soldado, Instant Family, Dora and the Lost City of Gold, and Let It Snow. In 2017 she was nominated for a Teen Choice Award for Choice Summer Movie Actress for Transformers: The Last Knight. 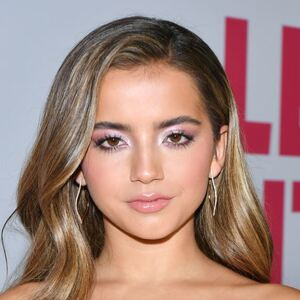