Sanford also starred as Louise Jefferson on the TV series The Jeffersons from 1975 to 1985. She also appeared in several films including Guess Who's coming to Dinner, The New Centurions, Lady Sings the Blues, Up the Sandbox, The Photographer, Love at First Bite, Original Gangstas, Sprung, and more. Isabel Sanford appeared in episodes of TV series including The Carol Burnett Show, Bewitched, The Mod Squad, The Bill Cosby Show, The Mary Tyler Moore Show, Kojak, The Love Boat, Reading Rainbow, Roseanne, The Simpsons, and more. In 1981 she won a Primetime Emmy Award for Outstanding Lead Actress in a Comedy Series for The Jeffersons. In 2004 she was awarded a star on the Hollywood Walk of Fame at 7080 Hollywood Blvd. Isabel Sanford passed away on July 9, 2004 at 86 years old. 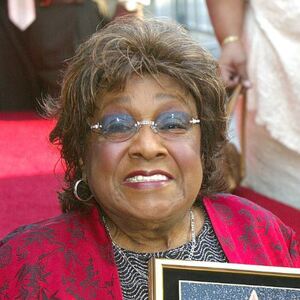