Isabel Lucas Net Worth: Isabel Lucas is an Australian actress and model who has a net worth of $5 million dollars. Isabel Lucas was born in January of 1985 and hails from Melbourne, Australia. After getting her start as a model, she began taking on various acting roles. Since she has earned acclaim for her work in Transformers: Revenge of the Fallen (which was released in 2009), Home and Away (which ran from 2003 until 2006), Daybreakers (from 2009), The Pacific (in 2010), Immortals (released in 2011), and Red Dawn (from 2012).

She is also slated to appear in the 2014 thriller film, Careful What you Wish For, alongside Jonas brother, Nick. After starting her acting career in high school, Lucas went on to advance her career in college. However, she did not get into the profession – allegedly – until she was "discovered" by a talent agency while on vacation. Though this was reported in the media, Lucas has yet to confirm or deny others' advancement toward her career. She is also well noted for her widespread activism, including that of animal rights. She is a vegetarian and was listed as one of Australia's Sexiest Vegetarian Celebrities in 2010. The nomination was listed on PETAAsiaPacific.com. 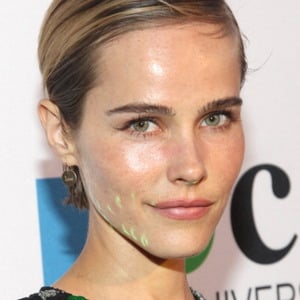