Isabel Glasser net worth: Isabel Glasser is an American actress who has a net worth of $400 thousand. Isabel Glasser was born in May 1958. She had recurring roles in the TV series Loving as Marty Edison from 1987 to 1989, NYPD as Christy Williamson in 1994, and Crisis Center as Stephanie Kahn in 1997. Glasser starred in the movies A Marriage, Pure Country, Forever Young, The Surgeon, Mother, Second Chances, The Kings of Brooklyn, Mentor, and Fireflies.

Glasser has also appeared in episodes of the TV series True Blue, The Pretender, Dellaventura, Law & Order, Law & Order; Criminal Intent, Third Watch, Law & Order: Special Victims Unit, and Law & Order: Trial by Jury. She appeared in each version of Law & Order as a different character. Isabel Glasser also starred in the TV movies The Enemy Within, Circumstances Unknown, and Falls Road. Her acting career started in 1983 and her last appearance was in 2006. 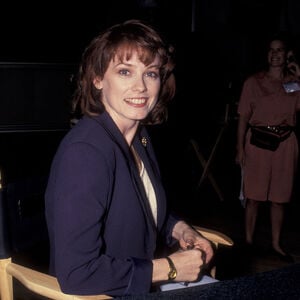