Isabel Adrian net worth: Isabel Adrian is a model, designer, stylist and reality television personality who has a net worth of $6 million. She was born in Sweden in 1977 and started modeling at the age of 15. After five years of being a successful runway model, including over 350 runway shows and appearing as a Cover Girl for numerous publications like Chic Magazine, Elle, and Rolling Stone, she enrolled in Film School, Design School and received her bachelor's degree in Journalism.

Upon graduating, she moved to Stockholm and was asked to appear in Expedition Robinson, which was later turned into the hit reality series Survivor in America. As a result of appearing on the show, her celebrity skyrocketed. She returned to Stockholm where she became the manger of some of the City's hottest nightclubs. In 2004, she met her future husband musician Steve Angello, mostly known as one-third of Swedish House Mafia. Isabel began to work for Size Records as a merchandise designer and traveled with the group all across the world. In 2008, the couple (who she refers to as the Brad and Angelina of Sweden) moved to Los Angeles and Adrian was quickly cast in Swedish Hollywood Housewives, which she starred in for the next four years. She was also recently cast in the new reality show Euros of Hollywood for Bravo, which debuts in October of 2014.  Adrian lives with her husband in Los Angeles and owns a production company called, LaLa Studios. 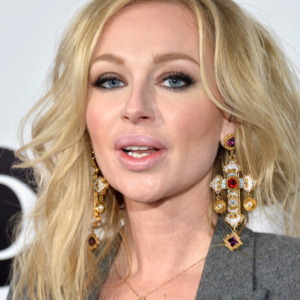