Irwin Keyes net worth: Irwin Keyes was an American actor who had a net worth of $300 thousand. Irwin Keyes was born in New York City, New York in March 1952 and passed away in July 2015. He had almost 100 acting credits to his name starting in 1978 with the movies Team-Mates and Kick!.

From 1981 to 1984 he had a recurring role on the television series The Jefferson as Hugo Mojelewski. In 1992 Keyes starred as Shorty the Stagehand on the TV series On the Air. He starred in the movies The Warriors, Nocturna, Squeeze Play, The Prize Fighter, Bloodrage, The Private Eyes, Friday the 13th, The Exterminator, Stardust Memories, Lovely But Deadly, Zapped!, Chained Heat, Exterminator 2, Nice Girls Don't Explode, Death Wish 4: The Crackdown, Kandyland, Frankenstein General Hospital, Down the Drain, Disturbed, Guilty as Charged, Motorama, Dream Love, Oblivion, The Flintstones, Oblivion 2: Backlash, The Flintstones in Viva Rock Vegas, Legend of the Phantom Rider, House of 1000 Corpses, Intolerable Cruelty, Black Dynamite, and Catch of the Day. Keyes won an Action on Film International Film Festival Award in 2011. Irwin Keyes passed away on July 8, 2015 at 63 years old from complications with acromegaly. 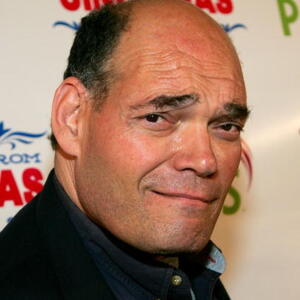