He was best known for playing Native American roles in Hollywood movies although he had Italian ancestry. Iron Eyes Cody had over 200 acting roles to his credit including the films The Senator Was Indiscreet, Unconquered, Sitting Bull, The Great Sioux Massacre, El Condor, Cockeyed Cowboys of Calico County, A Man Called Horse, Grayeagle, and Ernest Goes to Camp. He also starred in the TV series The Cisco Kid, Cavalcade of America, Mackenzie's Raiders, The Rebel, The Fastest Guitar Alive, Then Came Bronson, and The A-Team. 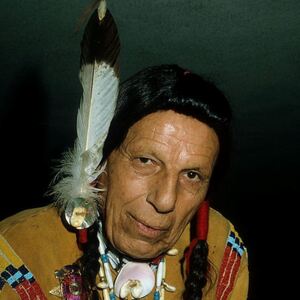