Irma P. Hall net worth: Irma P. Hall is an American actress who has a net worth of $500 thousand. Irma P. Hall was born in Beaumont, Texas in June 1935. Hall is known for often playing matriarchal roles. She first appeared in the 1973 film Book of Numbers. From 2000 to 2002 Hall starred as Mama Joe in the television series Soul Food.

She has also had recurring roles in the TV series Missing Persons, All Souls, The Bernie Mac Show, and Diary of a Single Mom. She has starred in the movies Backdraft, Straight Talk, The Babe, Mo' Money, Buddy, Nothing to Lose, Steel, Soul Food, Midnight in the Garden of Good and Evil, Patch Adams, The Ladykillers, Collateral, Meet the Browns, Changing the Game, and Hiding in Plain Sight. Hall has won awards from the Black Reel Awards, Cannes Film Festival, Character and Morality in Entertainment Awards, Chicago Film Critics Association Awards, Image Awards, Kansas City Film Critics Circle Awards, and Women Film Critics Circle Awards. 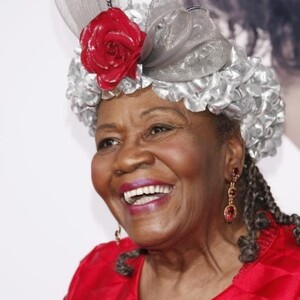