Irene Ryan net worth: Irene Ryan was an American actress who had a net worth equal to $1 million at the time of her death in 1973 (adjusting for inflation). Irene Ryan was born in El Paso, Texas in October 1902 and passed away in April 1973. Ryan found success on radio, film, television, Broadway, and vaudeville.

Her best known role was starring as Granny on the television series The Beverly Hillbillies. Ryan first appeared in the 1935 short One Big Happy Family. She starred as Daisy Moses or Granny on the TV series The Beverly Hillbillies from 1962 to 1971. Irene married writer and comedian Tim Ryan at 20 years old and the couple performed as a double act in vaudeville. After they divorced she toured with Bob Hope. Ryan was nominated for a Primetime Emmy Award for Outstanding Continued Performance by an Actress in a Series for The Beverly Hillbillies in 1963 and 1964. In 2004 she won a TV Land Award for The Beverly Hillbillies. She starred in the Broadway musical Pippin in 1972 and was nominated for a  Tony Award for Best Supporting or Featured Actress in 1973. She suffered a stroke during a performance in March 1973 and passed away on April 26, 1973 at 70 years old. 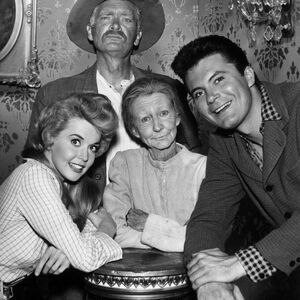