How much is Irène Jacob Worth?

Irene Jacob Net Worth: Irene Jacob is a French-born Swiss actress who has a net worth of $20 million. Irène Jacob was born in Suresnes, France in July 1966. She was inspired by watching Charlie Chaplin's films and debuted on stage at 11 years old. Jacob studied at the Geneva Conservatory of Music, the Dramatic Studio in London, and Rue Blanche. Her film debut came in the movie Au Revoir Les Enfants in 1987. She starred in The Double Life of Veronique in 1991 and won the Best Actress Award at the Cannes Film Festival. Jacob was offered many Hollywood roles including a lead role in Indecent Proposal but turned them down to focus on smaller French films. She starred in the 1994 film Trois couleurs: Rouge (Three Colors: Red) and was nominated for Best Actress awards for a Cesar Award and BAFTA Award. Irene starred in the films Victory, Beyond the Clouds, All Men Are Mortal, Othello, Incognito, U.S. Marshals, American Cuisine, The Big Brass Ring, My Life So Far, History Is Made at Night, Londinium, Nouvelle-France, The Dust of Time, The French Kissers, and Rio Sex Comedy. Jacob was a member of the panel that selected the French euro coins. 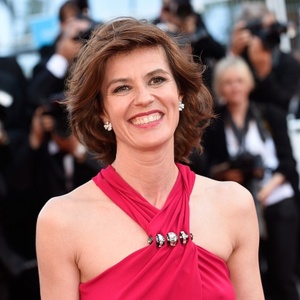