Iqbal Theba net worth: Iqbal Theba is a Pakistani-American actor who has a net worth of $300 thousand. Iqbal Theba was born in Karachi, Pakistan in December 1963. He is best known for playing the role of Principal Figgins in the television series Glee. He earned his acting degree from the University of Oklahoma and then moved to Los Angeles, California to pursue his acting career.

His best known role has come starring as Principal Figgins in the TV series Glee since 2009. He has had recurring roles in the TV series The George Carlin Show, Married with Children, Family Matters, ER, and Community. Theba has starred in the movies Indecent Proposal, Just Looking, Driven, Sour Grapes, BASEketball, Dancing at the Blue Iguana, Guardian, Birdseye, Blind Dating, Frankenhood, Transformers: Dark of the Moon, Playing for Keeps, and The Escort. Theba won a Screen Actors Guild Award in 2010 for Glee. 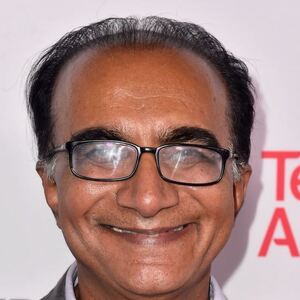