Ioan Gruffudd Net Worth: Ioan Gruffudd is a Welsh actor who has a net worth of $5 million. Ioan Gruffudd was born in Llwydcoed, Aberdare, Cynon Valley, Wales, UK in October 1973. He trained at the Royal Academy of Dramatic Art and start acting in Welsh language films. His first role came in the TV series Pobol y Cwm in 1994.

In 1997 he gained fame starring as 5th Officer Harold Lowe in the blockbuster film Titanic. He starred as Kevin Sheperd in the 2000 movie 102 Dalmatians and as Baeles in the 2001 film Black Hawk Down. Gruffudd has starred as Horatio Hornblower in the Hornblower series of British made for TV movies. In 2004 he starred as Lancelot in the film King Arthur. He has starred as Reed Richards/Mr. Fantastic in the movies Fantastic Four in 2006 and Fantastic 4: Rise of the Silver Surfer in 2007. Ioan starred as Prime Minister Tony Blair in the 2008 film W. From 2011 to 2012 Ioan Gruffudd starred as Andrew Martin in the television series Ringer. In 2008 Gruffudd won a BAFTA Award and he has been nominated for an MTV Movie Award, Razzie Award, and a Teen Choice Award. Ioan married actress Alice Evans in 2007 and the couple has two children together. 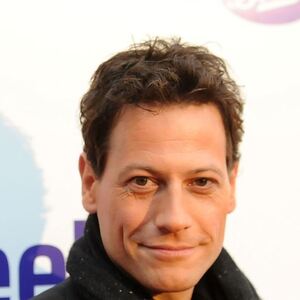