Ingrid Bergman net worth: Ingrid Bergman was a Swedish actress who had a net worth of $20 million dollars. Born in Stockholm, Sweden on August 29, 1915, Bergman was best known for her starring roles as "Ilsa" in Casablanca and "Alicia" in Notorious. She began acting in 1932 and was the daughter of Friedel Adler Bergman and Justus Samuel Bergman.

Her first American film was Intermezzo, a 1939 film in which her presence was described as "fresh. She received several awards throughout her career including Academy Awards for Best Actress in 1944 for Gaslight and 1956 for Anastasia, Best Supporting Actress in 1974 for Murder on the Orient Express, an Emmy Awards for Outstanding Actress in a Miniseries or Movie in 1960 for Turn of the Screw and 1982 for A Woman Called Golda, a Tony Award in 1947 for Best Actress in Joan of Lorraine, a Golden Globe Awards for Best Actress in a Motion Picture in 1945 for Gaslight and 1946 for The Bells of St. Mary's, an award for Best Actress in a Drama in 1957 for Anastasia, and an award for Best Actress on a Miniseries or TV Movie in 1983 for A Woman Called Golda. She was married three times; first to Petter Aron Lindstrom from 1937 until 1950, then Roberto Rossellini from 1950 until 1957, and finally to Lars Schmidt from 1958 until 1975. She had four children by the names of Pia Lindstrom, Robertino Rossellini, Isabella Rossellini, and Isotta Ingrid Rossellini. Bergman died of breast cancer in London on August 29, 1982. It was her 67th birthday, and her body was cremated so her ashes could be taken back to her home country where they could be scattered in the sea on the west coast of Sweden. Some were reserved to be placed next to her parents' ashes in Stockholm.

Many would argue that Bergman was the most international star in film history. 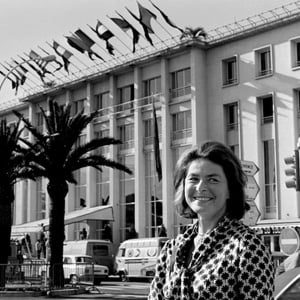