Ines Sainz net worth: Ines Sainz is a Mexican journalist who has a net worth of $4 million. Ines Sainz was born in Queretaro, Queretaro, Mexico in September 1978. Sainz hosts the Spanish-language sports interview television series called DxTips. Sainz also works as a journalist for the Azteca Deportes network. Ines became a black belt in taekwondo at just 14 and later became a model who appeared in commercials for Bacardi, Telcel, and Hoteles Mision.

She graduated from the Universidad del Valle de Mexico and got her masters in tax law from the Universidad Autonoma de Queretaro. She has interviewed many professional athletes such as Kobe Bryant, Roger Federer, Shaquille O'Neal, Rafael Nadal, Derek Jeter, Alex Rodriguez, Lionel Messi, Zinedine Zidane, and Ronaldo. Sainz has covered multiple Super Bowls and was photographed as often as Peyton Manning at Media Day 2007. In 2008 Sainz obtained an interview with Terrell Owens who has not speaking to the press. She has done pre-fight reports and interviews for Top Rank. Sainz was involved in a controversy when she went into the New York jets locker room in 2010 which led to her becoming the most popular Latin American journalist. Sainz is known as "The Queen of Super Bowl Media Day". 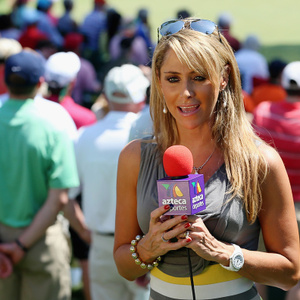