India Summer Net Worth: India Summer is an American adult star, actress, and nude model who has a net worth of $1.5 million dollars. She has been referred to as the single "most productive" female adult star in the industry, appearing in over 1000 adult scenes. In some years she has done nearly 100 scenes.

India Summer was born in Des Moines, Iowa, and began her career in the adult industry in 2005, when she was 30 years old. After shooting a variety of adult films between 2005 and 2009, she signed an exclusive contract with Girlfriend Films, and began appearing in only girl/girl projects. Over the course of her career, she has worked with a variety of production companies, including Adam & Eve, Digital Sin, Kink.com, New Sensations, Penthouse Pictures, Vivid Entertainment, Wicked Pictures, Zero Tolerance, and Brazzers. Since 2011, she has been directing projects, as well. Her directorial debut was the movie, "Perfect Fit". She is a prolific adult star, and is credited with appearing in thousands of projects. She has also appeared in small roles on such shows as "Sons of Anarchy", "Girls of Sunset Place", and "Dexter". 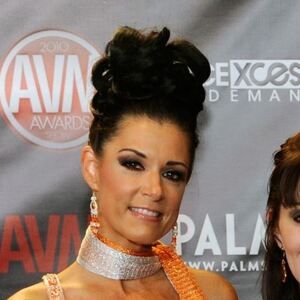