Imelda Staunton net worth: Imelda Staunton is an English actress who has a net worth of $10 million. Imelda Staunton was born in Archway, London, England in January 1956. She studied at the Royal Academy of Dramatic Art and has acted on stage and screen. Staunton has won four Olivier Awards including three Best Actress in a Musical Awards for the Baker's Wife in Into the Woods, Mrs. Lovett in Sweeney Todd, and Mama Rose in Gypsy.

From 1990 to 1993 she starred as Izzy on the television series Up the Garden Path. Staunton starred as Stella Phelps on the TV series Is It Legal? from 1995 to 1998. She has also had recurring roles on the TV series Big and Small, Cranford, and Psychoville. Imelda Staunton has starred in several films including Much Ado About Nothing, Sense and Sensibility, Shakespeare in Love, Vera Drake, Harry Potter and the Order of the Phoenix, Pride, and more. She has won several awards and was nominated for an Academy Award and a Golden Globe Award for Vera Drake in 2005. Imelda married actor Jim Carter in 1983. 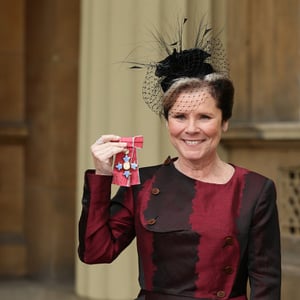