What is Illeana Douglas's Net Worth?

Illeana Douglas is an American actress, director, screenwriter, and producer who has a net worth of $4 million. Illeana Douglas began studying acting at the Neighborhood Playhouse in New York. In 1988, while working for a publicist in New York she booked her first movie role with Martin Scorsese who went on to become her long time partner. In 1993, Illeana directed and starred in a comedy short, "The Perfect Woman," which won best short film at the Aspen Film Festival and set her career off and running. Some of her film and television credits include: "The Last Temptation of Christ", "New York Stories", "Goodfellas", "Cape Fear", "Alive", "Quiz Show", "To Die For", "Picture Perfect", "Seinfeld", "Message in a Bottle", "Grace of my Heart", "Ghost World", "Frasier", "The Drew Carey Show", Dick Wolf's "Law & Order: Special Victims Unit", "Six Feet Under", "Ugly Betty", "Entourage", and "Drop Dead Diva". Illeana Douglas received an Emmy nomination for her role as Angela on "Six Feet Under".

In her other endeavors, Douglas has served as a host on the television channel Turner Classic Movies.

In 2015, Douglas published a memoir entitled "I Blame Dennis Hopper: And Other Stories from a Life Lived in and Out of the Movies." Shortly after this, she launched a podcast associated with the book.

Illeana Douglas was born as Illeana Hesselberg on July 25, 1965 in Quincy, Massachusetts to schoolteacher Joan and painter Gregory. Her paternal grandfather was Oscar-winning actor Melvyn Douglas. Douglas has an older brother named Erik, and had another older brother named Stefan who passed away. Growing up, she was raised in a number of different places in Massachusetts, Connecticut, and New York. Douglas was often torn between the two sides of her family, and had a hard time reconciling her working-class Italian roots with the flashy Hollywood world of the paternal side of the family. After graduating from high school, she moved to New York City to pursue a career in show business. Douglas went on to attend the American Academy of Dramatic Arts for a year; she subsequently attended the Neighborhood Playhouse School of the Theatre.

In New York, Douglas began working in a sketch comedy troupe called Manhattan Punchline. She was soon encouraged to try stand-up comedy, and started working at Stand Up New York. Ultimately, however, Douglas realized the vocation was not right for her. Instead, she took a job with publicist Peggy Siegal, through whom she first met and began working with director Martin Scorsese.

After appearing in bit parts in 1987's "Hello Again" and 1988's "The Last Temptation of Christ," directed by Scorsese, Douglas had her first substantial film role in the 1989 anthology film "New York Stories," appearing in Scorsese's segment. Following this, she reunited with Scorsese on his gangster film "Goodfellas," and then appeared in his remake of the psychological thriller "Cape Fear." Douglas's other credits in the early 90s included "Guilty by Suspicion," "Alive," and "Grief." In the middle of the decade, she had memorable roles in the drama "Search and Destroy" and the black comedy "To Die For." Following that, Douglas starred in "Wedding Bell Blues," "Grace of My Heart," "Picture Perfect," and "Hacks," and appeared in the ensemble cast of the mockumentary "The Thin Pink Line." Closing out the decade, she was in "Flypaper," "Stir of Echoes," "Happy, Texas," and "Message in a Bottle."

Douglas began the new millennium with supporting roles in John Schlesinger's "The Next Best Thing" and Terry Zwigoff's "Ghost World." She subsequently appeared in the comedies "Dummy," "The New Guy," and "The Adventures of Pluto Nash." In 2005, Douglas starred in "The Californians," a modern-day adaptation of the novel "The Bostonians." The following year, she appeared in "Factory Girl" and "The Bondage." Douglas's other notable credits during the decade included "Expired," "The Year of Getting to Know Us," "April Showers," and "Life is Hot in Cracktown." In the 2010s, her credits included "The Green"; "Sister"; "She's Funny That Way"; "Mega Shark Versus Kolossus"; "Return to Sender"; "Max Rose"; "The Late Bloomer"; and "Unleashed." 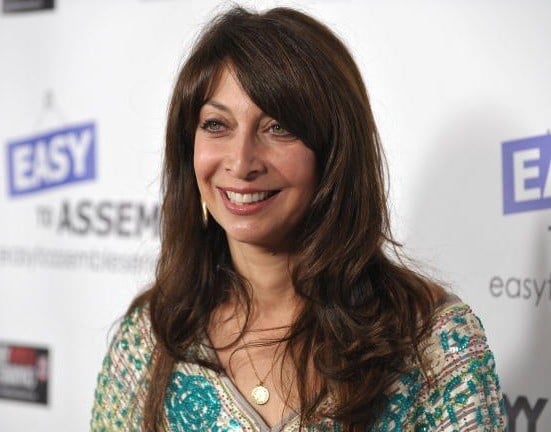 Douglas began acting on television in the mid-90s with guest roles on the series "Homicide: Life on the Street" and "The Single Guy." Later in the decade, she appeared in episodes of such shows as "Seinfeld," "The Larry Sanders Show," and "Brother's Keeper." Douglas was also in a handful of television films, including "Weapons of Mass Distraction," "Rough Riders," "Bella Mafia," and "Lansky." From 1999 to 2000, she starred opposite Jay Mohr on the short-lived Fox comedy series "Action." Following that, Douglas appeared in episodes of "Frasier," "The Drew Carey Show," and "Six Feet Under." For her work on the lattermost series, she earned an Emmy Award nomination for Outstanding Guest Actress in a Drama Series. During this time, Douglas appeared in the television film "Point of Origin" and in episodes of "Law & Order: Special Victims Unit" and "Crumbs." Her subsequent credits were the television film "Not Like Everyone Else" and the shows "Shark," "Ugly Betty," and "Entourage."

In the early 2010s, Douglas appeared in episodes of "The Cape," "Chaos," "Maron," "Drop Dead Diva," "CSI: Crime Scene Investigation," and "Grey's Anatomy." From 2014 to 2015, she had a main role on the NBC sitcom "Welcome to Sweden." After that, Douglas had guest roles on "Chasing Life" and "Modern Family." In 2019, Douglas had a recurring role in the third season of the legal drama series "Goliath." Her other credits have included episodes of "All Rise" and "Shrill."

Douglas has worked for the television channel Turner Classic Movies in various capacities, including as a curator and writer on the channel's series "Friday Night Spotlight." In 2015, she began hosting a special called "Trailblazing Women" that highlights the historic contributions of female filmmakers to cinema.

In addition to her film and television appearances, Douglas is known for her web series "Easy to Assemble," which she created, wrote, and starred in. Sponsored by the furniture retailer IKEA, the series featured Douglas as a fictionalized version of herself who tries to quit acting to work at the titular store in Burbank, California. "Easy to Assemble" ran for 48 episodes from 2008 to 2012. Douglas has appeared in other web series, as well, including "The Temp Life" and "The Skinny."

Douglas was in a romantic relationship with director Martin Scorsese from 1989 until 1997. Subsequently, in 1998, she married writer and producer Jonathan Axelrod. The couple eventually divorced in 2001. 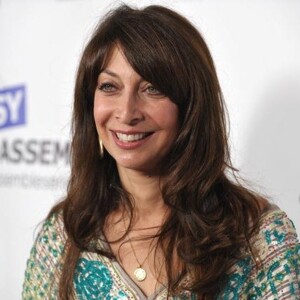