Ileana D'Cruz Net Worth: Ileana D'Cruz is an Indian actress who has a net worth of $14 million. Ileana D'Cruz was born in Mumbai, Maharashtra, India in November 1987. As a model she appeared in advertisements for Electrolux, Emami Talc, and Fair and Lovely. Her acting debut came in the 2006 movie Devadasu.

For that role she won the Filmfare Award for best Female Debut – South. D'Cruz has starred in Telugu, Tamil, and Hindi films. Some of her better known films include 2006's Pokiri, 2008's Jalsa, Kick in 2009, and Julayi in 2012. She is one of Telugu cinema's best established leading actresses. She has starred in the Kollywood films Kedi and Nanban. Her Bollywood debut came in Barfi! in 2012 for which she won the Filmfare Award for Best Female Debut. D'Cruz has also won Best Actress at the Santosham Film Awards and South Scope Style Awards. In 2012 she won a Fresh Face Award at the Vogue Beauty Awards and an ETC Bollywood Business Award. She won a Screen Award, Zee Cine Award, Star Guild Award, and Times of India Film Award in 2013. 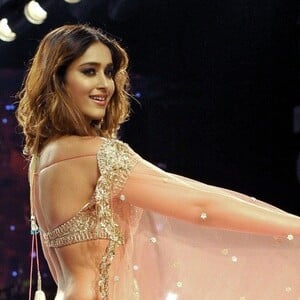