What is Ian Ziering's net worth and salary?

Ian Ziering is an American actor who has a net worth of $4 million. Ian Ziering is best known for his role as "Steve Sanders" on the Aaron Spelling show Beverly Hills, 90210 which he appeared on from 1990 to 2000 and then again in the August 2019 re-boot. Ian Ziering was a contestant on season 4 of Dancing with the Stars where he danced with Cheryl Burke. The duo made it to the semi-final round. Ian Ziering has appeared as a guest star on a number of television shows including JAG, The Doctors, and Guiding Light, while also directing short films. In 2013, Ian played Fin in the movie Sharknado, which became an instant cult classic and spawned several sequels. He has appeared in a number of films including Endless Love, Mighty Ducks the Movie: The First Face-Off, Batman Beyond: The Movie, Domino, No Way Back, The Christmas Hope and That's My Boy.

When producers first approached Ian to potentially appear in Sharknado, he rejected their offer flat-out. They initially offered $50,000. He reportedly declined FIVE TIMES before finally said yes after producers agreed to raise his salary to $100,000 and to change the title to "Dark Skies" (which they ultimately reneged on). Ian's wife also encouraged him to accept the role so they could continue to qualify for SAG health insurance which requires beneficiaries perform in one SAG-qualified job in a certain period to maintain membership. Ian's salary was raised to $200,000 for Sharknados 2, 3 and 4. For the fifth installment, he received $500,000, which was 16% of the movie's total budget. When you add it all up, Ian made $1.2 million from the first five Sharknado movies.

Ziering was born on March 30, 1964 in Newark, New Jersey. His parents, Muriel and Paul, who was a teacher, saxophonist, and orchestra conductor, had three sons with Ziering being the youngest. His older brothers' names are Jeff and Barry. Ziering grew up in a Jewish household and is of Russian and Austrian ancestry. He attended West Orange High School and graduated in 1982. He developed his interest of drama and theater while in high school, getting his first professional acting gig in 1981. He then enrolled at William Patterson University where he received his degree in 1988.

Ian Ziering began his acting career in 1981 with a role in the film "Endless Love." He also appeared in a couple of episodes of the series "The Doctors" in 1981 and 1982. In 1987, he appeared in the daytime soap opera "Guiding Light" and then in an episode of "ABC Afterschool Specials" in 1988. In 1990, he then appeared in episodes of "CBS Schoolbreak Special" and the popular primetime series "Married…with Children."

His breakout role came in 1990 when he landed a spot on "Beverly Hills…90210." He played the character of Steve Sanders, a high school student growing up in the generally wealthy zip code of Beverly Hills. Ziering remained on the show until its completion in the year 2000, one of only four original cast members to appear in all ten seasons.

While on "Beverly Hills…90210," Ziering continued auditioning for and landing other roles in made for television films and television series. He appeared in a few episodes of "Melrose Place" in 1992 as well as "The Legend of Prince Valiant." He also landed a voice role in the animated series "Biker Mice from Mars," which ran from 1993 to 1996. He voiced the character of Vinnie and was a season regular. He also voiced the character of Gludge in the 1994 animated series "Aaahh!!! Real Monters" who appeared on one episode. He appeared in two television films in 1995 and 1996, "The Women of Spring Break" and "Subliminal Seduction." In 1996, he took on another voice role for the "Mighty Ducks" series, voicing the character of Wildwing for 24 total episodes.

In the late 1990s, he began appearing as himself on game shows, television competitions, and various TV specials. In 1998, he appeared as himself on "All-Star Party for Aaron Spelling," a special honoring the producer Aaron Spelling, who had produced "Beverly Hills…90210" among many other popular television and film projects. He also participated in an episode of "Hollywood Squares" and appeared as a judge on the 78th Annual Miss America Pageant.

From 1998 to 2001, he became a series regular on the animated show "Godzilla: The Series." He voiced the character of Dr. Nick Tatopoulos. He also secured the voice role of Mason Forrest in the 1999 television movie "Batman Beyond: The Movie" as well as the "Batman Beyond" television series. He continued taking more voice roles, including as the recurring character of Harry Osborne in the 2003 "Spider-Man" animated series and rejoined "Biker Mice from Mars" for 29 more episodes from 2006 to 2007. 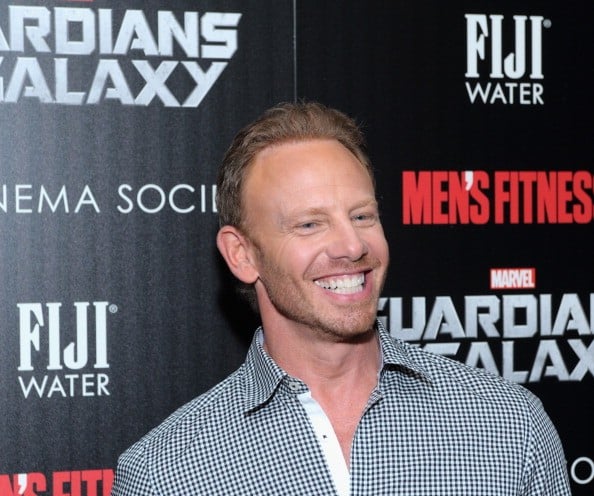 In 2007, he was cast on the fourth season of dance reality show "Dancing with the Stars." He performed with professional dance partner Cheryl Burke, who had previously won the show two times. The pair made it to the semi-finals but was eliminated before the final round. He also auditioned the same year to succeed Bob Barker on the popular daytime game show, "The Price is Right" but the job ultimately went to Drew Carey.

Ziering also began working on more films and short films during the mid 2000s. He acted in the short film "Six Month Later" in 2005 and directed and acted in the short film "Man vs. Monday" in 2006. He has appeared in a number of other films since then, including "McKenna Shoots for the Stars," "Snake & Mongoose," "Christmas in Palm Springs," and the 2019 Netflix film, "Malibu Rescue." His television roles during that time include parts in "CSI: NY," "Happily Divorced," and "Deadtime Stories."

He also remained involved in reality programs and talk shows, participating as a contestant on "Hell's Kitchen," "On Your Marc!" and "Celebrity Name Game." In 2013, he also performed with Chippendales as a guest star for four weeks in Las Vegas and appeared on "Celebrity Apprentice" in 2015.

Other projects that Ziering has worked on include a couple of video games. He had a voice role in the Microsoft Game Studios' game "Freelancer" in 2003 as the protagonist character and reprised his voice role of Vinnie for the Playstation and Nintendo DS game version of "Biker Mice from Mars."

In 1997, Ziering married girlfriend Nikki Schieler (who later went by Nikki Ziering), a Playboy model. The couple filed for divorce in February of 2002 and cited irreconcilable differences. Since the divorce, Shieler has stated the couple's separation was contentious.

In 2010, Ziering became engaged to Erin Ludwig. They married in May of that year at a ceremony in Newport Beach, California. They had two daughters, Mia in April of 2011 and Penna Mae in April of 2013. The couple later announced their separation in October of 2019. 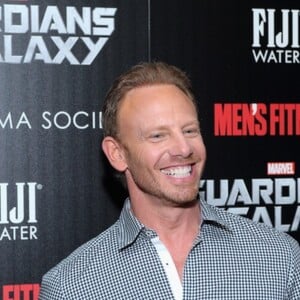