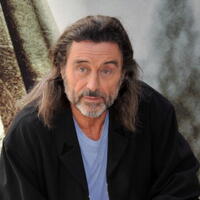 What is Ian McShane's Net Worth?

Ian McShane is  British actor who has a net worth of $8 million. Ian McShane is best known for his television roles on "Lovejoy," "Deadwood," and "American Gods." He appeared in all 36 of "Deadwood's" 36 episodes and the 2019 "Deadwood" movie. For his work on "Deadwood," he won a Golden Globe Award and received Emmy Award and SAG nominations. On the big screen, McShane has appeared in such films as "Villain," "Sexy Beast," "Pirates of the Caribbean: On Stranger Tides," and the "John Wick" series.

Ian McShane was born on September 29, 1942 in Blackburn, Lancashire, England as the only child of Harry, a professional footballer, and Irene. He is of Scottish ancestry on his father's side and of English and Irish descent on his mother's side. As a kid, McShane grew up in Davyhulme, and went to Stretford Grammar School. He was also a member of the National Youth Theatre. Later, he went to the Royal Academy of Dramatic Art; while attending the school, he shared a flat with actor John Hurt.

While still at RADA, McShane made his feature film debut in the 1962 romantic drama "The Wild and the Willing." Two years later, he appeared on television for the first time in episodes of the series "Redcap" and "The Sullavan Brothers."

McShane began landing bigger roles in the latter half of the 60s. He had lead roles in two miniseries adaptations of novels: "You Can't Win" and "Wuthering Heights." In the 70s, McShane was in such television films and miniseries as "The Lives of Jenny Dolan," "Roots," "Code Name: Diamond Head," "Jesus of Nazareth," "The Pirate," and "Disraeli." The next decade, he had roles on the series "Magnum, P.I.," "Bare Essence," "Evergreen," and "A.D.," and portrayed Prince Rainier of Monaco in the biographical television film "Grace Kelly."

In 1986, McShane achieved a new level of popularity in the UK for his leading role as an antiques dealer on the mystery dramedy series "Lovejoy." The show took a five-year break, returning for its second season in 1991, and running through 1994. During this time, McShane's credits included the television film "Grand Larceny," several episodes of the crime series "Miami Vice," and the miniseries "War and Remembrance." In 1989, McShane became known by American audiences for his recurring role as filmmaker Don Lockwood on the primetime soap opera "Dallas." The same year, he starred in three installments of the "Dick Francis Mysteries" series of television films. 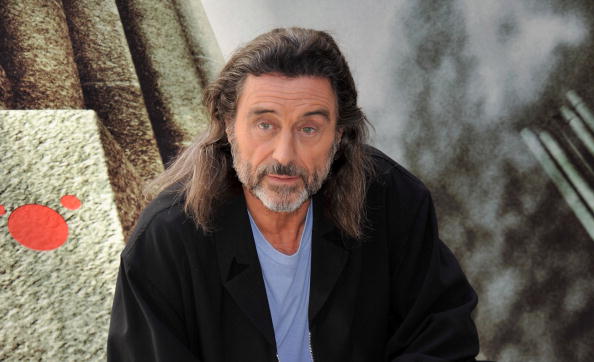 McShane's credits in the 90s include episodes of "Soul Survivors," "Madson," and "The Naked Truth." He was also in the television films "White Goods," "Babylon 5: The River of Souls," and "D.R.E.A.M. Team." In the early 2000s, McShane appeared on the series "Thieves," "The West Wing," and "Trust." From 2004 to 2006, he had his most acclaimed role yet on the HBO Western series "Deadwood." Starring as historical pimp and entertainment entrepreneur Al Swearengen, McShane won the Golden Globe Award for Best Actor in a Television Drama, and also earned nominations from the Emmys and Screen Actors Guild. Following this, he had another leading role on the short-lived NBC drama "Kings," playing a reinterpreted version of the Biblical King Saul.

McShane continued to land major roles in the 2010s. Early on in the decade, he starred in the eight-part 2010 miniseries "The Pillars of the Earth," adapted from Ken Follett's eponymous novel. He also played a serial killer in two episodes of the second season of "American Horror Story." In 2015, McShane had a recurring role on the crime drama "Ray Donovan." His next big role came in 2017, when he began playing Mr. Wednesday on the fantasy drama series "American Gods," based on the novel by Neil Gaiman. The show ran through 2021. During this time, McShane reprised his role as Al Swearengen in "Deadwood: The Movie."

In the 60s, McShane starred in such movies as "The Pleasure Girls," "Sky West and Crooked," "If It's Tuesday, This Must Be Belgium," and "Battle of Britain." He continued to star in many films throughout the 70s, most notably the folk horror film "Tam-Lin"; the thriller "Freelance"; the gangster drama "Villain"; the science-fiction film "Left Hand of Gemini"; the neo-noir mystery "The Last of Sheila"; the crime thrillers "Ransom" and "The Great Riviera Bank Robbery"; and the drama "Yesterday's Hero." McShane worked more sparingly in film in the 80s, appearing in only five features during the decade. They include "Exposed," "Ordeal by Innocence," and "Too Scared to Scream." In the 90s, McShane didn't appear in any films.

McShane returned to the big screen in 2000 with his role as London crime boss Teddy Bass in the film "Sexy Beast." He was prolific throughout the rest of the decade, with credits including "Bollywood Queen," "Agent Cody Banks," "Nemesis Game," "Nine Lives," "Scoop," "We Are Marshall," "Hot Rod," "The Seeker," "Death Race," and "44 Inch Chest." McShane also lent his voice to the animated films "Shrek the Third," "Kung Fu Panda," and "Coraline." In the 2010s, his notable credits included "Pirates of the Caribbean: On Stranger Tides," in which he played Blackbeard; "Jack the Giant Slayer," in which he played King Brahmwell; and the 2019 adaptation of "Hellboy," in which he played the titular character's adoptive father. McShane also played hotel owner Winston in the action thriller "John Wick," a role he reprised for the film's multiple sequels.

In 1965, McShane wed his first wife, actress Suzan Farmer; they divorced in 1968. Subsequently, in 1970, he married Ruth Post, with whom he had two children: Kate and Morgan. The pair remained together until their divorce in 1976, when McShane started dating Dutch actress and model Sylvia Kristel. The relationship between the two was turbulent and violent. With that relationship ended, McShane wed Gwen Humble in 1980. The couple lives in Venice, California.