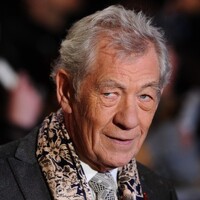 What is Ian McKellen's Net Worth and Salary?

Sir Ian McKellen is an English actor who has a net worth of $60 million. Ian McKellan is without a doubt one of the most decorated actors in history, and he has become a true legend in the entertainment industry. Over the course of his career Ian has won countless well-deserved awards. Indeed, there are no British acting awards that Sir Ian hasn't won.

Although McKellan has a strong reputation as a brilliant stage actor, he's probably best known to the world for his roles in mainstream movies. Audiences of the "Lord of the Rings" movies will know him best as the actor who played Gandalf, while fans of the X-Men films instantly recognize him as the man who played the role of Magneto.

Ian Murray McKellan was born on May 25th of 1939 in Lancashire, England. Raised amidst the backdrop of the Second World War, Ian grew up as a Christian and moved to the town of Wigan with his family at a young age. Speaking about his experiences living through the conflict, McKellan admitted he "slept under a steel plate" until he was four to protect himself from bombings, and that he never really understood that war wasn't normal until he grew up.

Ian started his acting career by performing in school plays. At the age of 18, he attended St. Catharine's College at Cambridge on a scholarship. During his college years, McKellan studied English literature and became a member of the Marlowe Society, Cambridge's famed theater club. As a member, McKellan appeared in 23 of their plays. By the time he was 24, both of his parents had passed away.

Predictably, Ian McKellan's professional acting career began in theater. The Belgrade Theater became the young actor's launching pad, starting with a leading role in "A Man for All Seasons." By the mid-60s, he was performing at the Old Vic as a member of the National Theater Company. He then joined the Prospect Theater company and broke through with roles in "Richard II" and "Edward II," and by the 70s he was one of the most well-known theater actors in Britain.

Throughout the next few decades, Ian made a name for himself with the Royal National Theater and the Royal Shakespeare Company, and by the end of the 70s, he had truly exhibited his mastery of Shakespeare's works.

As early as the late 60s, Ian McKellan was targeting a career in film alongside his involvement in theater. In 1969, he booked his first film role in "A Touch of Love." A decade-long hiatus followed before he booked a leading role in "Priest of Love." Again, a decade passed by before Ian McKellan returned to film, but he made a lasting impact in the 90s. One of the first roles that really got him noticed was "Six Degrees of Separation," and further mainstream roles in films like "Last Action Hero" quickly followed.

McKellan blew film critics away with his role in "And the Band Played On" in 1993 before co-producing and co-writing "Richard III." The film was based on a Shakespeare play, and Ian once again took a leading role in the critically-acclaimed film. Critics also heaped praise upon the actor for his next roles in "Art Pupil" and "Show Boat." 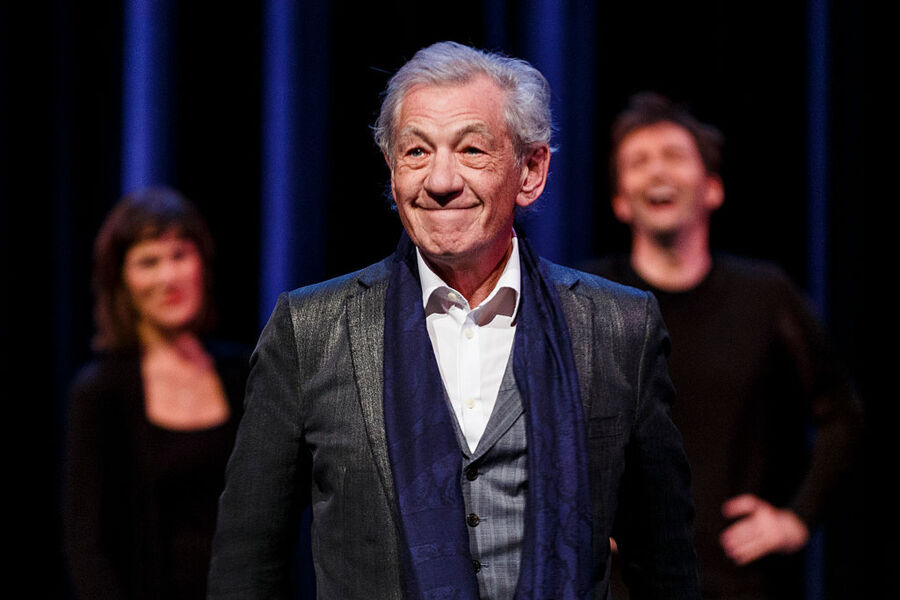 Over the next period, Ian McKellan would book two of his most famous film roles. The first came in 1999 when he was cast as Magneto in "X-Men," one of the first superhero movies of the modern era. The film was incredibly successful, and McKellan reprised his role in three X-Men sequels.

While filming "X-Men," McKellan was cast as Gandalf in the "Lord of the Rings" film franchise led by Peter Jackson. The first film, "The Fellowship of the Ring," was released in 2001, and two sequels followed. Not only did Ian appear in the entire trilogy, but he also reprised his role as Gandalf in "The Hobbit" film series, which was released in three segments starting in 2012.

By the 2000s, McKellan had returned to Shakespeare and other theater productions in London. In 2017, he appeared in the title role of "King Lear" in what he described as his last big Shakespeare role. However, in 2020 he announced that he would play the role of Hamlet once again. Over the years, Ian has also become closely involved with several theater organizations behind the scenes as well as on stage.

When McKellan wasn't on stage or filming scenes as Gandalf or Magneto, he was appearing on shows like "Coronation Street," "Extras," "The Prisoner," "Saturday Night Live," "Dr. Who," and many others. In 2006, he booked a role in "The Da Vinci Code," which became a box office success. Towards the end of the 2010s, he appeared in movies like "The Dresser," Disney's live-action reboot of "Beauty and the Beast," and "The Good Liar."

Ian McKellan is openly gay, and announced his sexual orientation as early as the late 80s. Around this time, he stopped eating all meat except for fish and became a pescatarian. In 2006, he was diagnosed with prostate cancer, although he told fans not to worry because he had received treatment and was healthy. Ian is very active in fighting for LGBTQ rights.

In 2011, it was reported that McKellan was purchasing a 300-year old pub in East London. The pub was close to McKellan's residence, and it had special significance for him. Charles Dickens famously frequented the establishment, and as the story goes, he was made to stand up and sing on one of the pub's tables more than 200 years ago. Reports stated that Sir Ian was planning to hire a full-time manager for the pub after he completed the acquisition.