Ian McElhinney Net Worth: Ian McElhinney is an Irish actor and director who has a net worth of $2 million. Ian McElhinney was born in Belfast, Northern Ireland, UK in 1948. McElhinney has nearly 100 acting credits to his name. His debut came in the 1981 TV movie Cowboys. He starred as Max Raines in the 1988 TV mini-series Wipe Out.

In 1997 Ian starred as Sgt. Duncan Bonney in the television series Wokenwell. He starred as C.S. Jack Freeman in the series Maisie Raine from 1998 to 1999. McElhinney had recurring roles in the TV series The Clinic in 2003 and Single-Handed from 2007 to 2008. He starred as Sir Henry Carlton in the television series Titanic: Blood and Steel in 2012. Since 2011 he has starred as Barristan Selmy in the HBO television drama series Game of Thrones. He has starred in the films Angel, Anne Devlin, Acceptable Levels, Lamb, The End of the World Man, A Prayer for the Dying, Hidden Agenda, The Playboys, Michael Collins, Hamlet, The Boxer, Divorcing Jack, The Front Line, and Leap Year. He directed the 2005 TV movie On Eagles Wing. He has been nominated for two Screen Actors Guild Awards for Outstanding Performance by an Ensemble in a Drama Series for Game of Thrones. 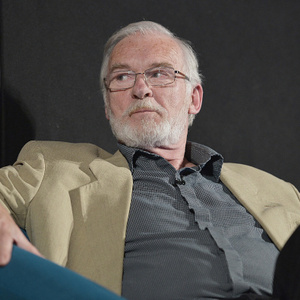