Ian McDiarmid Net Worth: Ian McDiarmid is a Scottish actor and director who has a net worth of $10 million. Ian McDiarmid was born in Carnoustie, Scotland, United Kingdom in August 1944. He is best known for starring as Palpatine in the Star Wars movie franchise. He studied at the Royal Scottish Academy of Music and Drama where he received a gold medal for his work.

McDiarmid has had recurring roles in the TV series The Nation's Health, Karaoke, Touching Evil, Charles II: The Power & the Passion, Elizabeth I, City of Vice, 37 Days, and Utopia. He has starred in the movies The Likely Lads, Sir Henry at Rawlinson End, Richard's Things, The Empire Strikes Back, Dragonslayer, Return of the Jedi, Gorky Park, Dirty Rotten Scoundrels, Star Wars Episode I: The Phantom Menace, Sleep Hollow, Star Wars Episode III: Revenge of the Sith, and Star Wars: A Musical Journey. McDiarmid was nominated for a Teen Choice Award for Choice Movie Bad Guy and for an Academy of Science Fiction, Fantasy & Horror Films for Best Supporting Actor for Star Wars: Episode III – Revenge of the Sith. 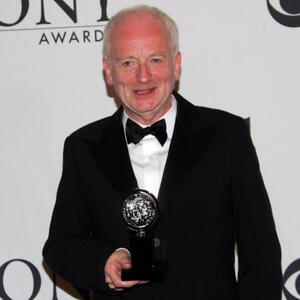