Ian Holm Net Worth: Ian Holm was an English actor who had a net worth of $10 million dollars at the time of his death in 2020. During an impressive multi-decade career, Ian appeared in dozens of notable productions. He is perhaps best-known for playing hobbit Bilbo Baggins in the Lord of the Rings and The Hobbit film series. Holm received the 1967 Tony Award for Best Featured Actor for his performance as Lenny in The Homecoming and the 1998 Laurence Olivier Award for Best Actor for his performance in the title role of King Lear. He was nominated for the 1981 Academy Award for Best Supporting Actor for his role as athletics trainer Sam Mussabini in Chariots of Fire. Other well-known film roles include Ash in Alien, Father Vito Cornelius in The Fifth Element.

Ian Holm was born September 12, 1931 in Goodmayes, Essex, England. Holm fell in love with acting at the age of 8 after seeing a production of Les Misérables. As a young man, Holm studied acting at the Royal Academy of Dramatic Art and spent much of his 30s developing his craft as part of the Royal Shakespeare Company. By the late '60s, Holm branched off into small television roles in such shows as Oh! What a Lovely War (1969); ITV Saturday Night Theatre (1969); Mary, Queen of Scots (1971); Napoleon and Love (1974). During this same time, Holm still appeared on stage, but was hit with stage fright during a 1976 production of Eugene O'Neil's The Iceman Cometh, refusing to leave his dressing room before his second performance.

He did one more play following the breakdown, but took a 14-year hiatus from theater thereafter. During that break, he played a number of famous television and film roles. One of his earliest notable film roles was that of an athletic coach in the 1981 film Chariots of Fire, which earned him an Oscar nomination for best supporting actor. Other notable films include Alien (1979), The Madness of King George (1994) and The Fifth Element (1997). His performance in the 1997 Canadian film The Sweet Hereafter marked his first leading role in a movie and he was widely praised by critics for his part in the film.

He became "Sir" Ian Holm after being knighted in 1998. He resided in London with his fourth wife and had five children from his previous relationships. In 2001, he was diagnosed with prostate cancer and underwent treatment in the United States. Unfortunately Ian Holm died on June 19, 2020 at the age of 88. 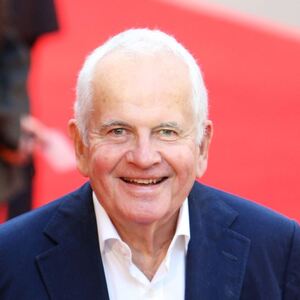