Ian Harding net worth and salary: Ian Harding is an American actor who has a net worth of $4 million. Ian Harding was born in Heidelberg, Baden-Wurttemberg, Germany in September 1986. He is best known for starring as Ezra Fitz in the television series Pretty Little Liars. He appeared in 124 of the show's 160 episodes.

Harding is also known for working with the Lupus Foundation of America. In 2010 he starred as Jamie Hunter in the TV series Hollywood Is Like High School with Money. Since 2010 he has starred as Ezra Fitz in the series Pretty Little Liars. Harding has starred in the movies Adventureland, Love & Other Drugs, Deadtime Stories 2, and Addiction: A 60's Love Story. He has also appeared in an episode of the TV series NCIS: Los Angeles and several episodes of Chicago Med. Harding has won a Teen Choice Award every year from 2010 to 2016. In April 2019, Ian Harding listed his Eagle Rock, California home for $1.475 million. He bought the house brand new in 2015 for $1.295 million. 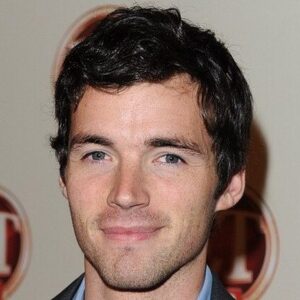