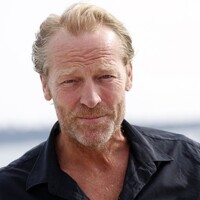 Iain Glen net worth: Iain Glen is a Scottish actor who has a net worth of $3 million. Iain Glen was born in Edinburgh, Scotland, United Kingdom in June 1961. He won the Bancroft Gold Medal while training at the Royal Academy of Dramatic Art in London. He first appeared in the TV movie Ring of Keys in 1983. In 1988 Glen starred as Carl Galton in the television series The Fear. In 2000 he starred in the TV series Glasgow Kiss as Stuart Morrison. Glen starred as Vaughan Edwards in the television series Spooks in 2010. He starred as Sir Richard Carlisle in the TV series Downton Abbey in 2011. From 2012 to 2013 Glen starred as Paul in the television series Prisoners Wives. In 2013 he starred as Inspector Ronald Mulligan in the series Breathless. Since 2011 he has starred as Jorah Mormont in the TV series Game of Thrones. Glen has starred in the movies Gorillas in the Mist, Paris by Night, The Young Americans, Lara Croft: Tomb Raider, Resident Evil: Apocalypse, Kingdom of Heaven, Resident Evil: Extinction, Kick-Ass 2, and Eye in the Sky. He won a Screen Actors Guild Award in 2013 for Downton Abbey.