Iain Armitage net worth and salary per episode: Iain Armitage is an American actor and theater critic who has a net worth of $4 million. Iain Armitage was born in Arlington, Virginia in July 2008. He is best known for starring as Sheldon on the television series Young Sheldon beginning in 2017. The same year he also began starring as Ziggy Chapman on the TV series Big Little Lies. In 2017 Iain Armitage starred in the movies The Glass Castle, Our Souls at Night, and I'm Not Sure. He also appeared in an episode of the TV series Law & Order: Special Victims Unit. Iain Armitage appeared on the series Jeopardy! From 2017 to 218 as a clue giver. In 2018 he was nominated for a Teen Choice Award for Choice TV: Breakout Star and a Young Artist Award for Best Performance in a TV Series – Leading Young Actor for Young Sheldon and he was also nominated for a Gold Derby Award for Breakthrough Performer of the Year.

Young Sheldon salary: In season one, Iain Armitage earned $30,000 per episode. There were 22 episodes so his total pre-tax earnings were around $660,000. In season two his salary was increased to $31,200 per episode which works out to around $686,000. His contract states that in season three his salary will be raised to $32,500 per episode. 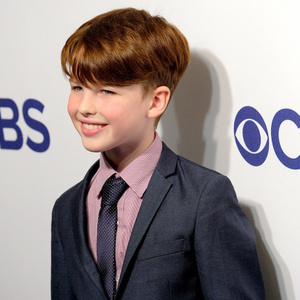