Hyun Bin net worth: Hyun Bin is a South Korean actor who has a net worth of $10 million. He is perhaps best known for appearing in several films and TV series since 2003.

Hyun Bin was born in Seoul, South Korea in September 1982. In 2005 he starred as Hyeon Jin-heon on the television series My Lovely Sam-Soon. Hyun Bin starred as Tae-woong on the TV series The Snow Queen from 2006 to 2007. In 2008 he starred as Jung Ji Oh on the series The World That They Live In. Bin starred as Kim Joo Won on the television series Secret Garden from 2010 to 2011. In 2015 he starred as Gu Seo-jin on the TV series Hyde, Jekyll, Me. From 2018 to 2019 he starred as Yoo Jin Woo on the series Memories of the Alhambra and in 2019 he began starring as Ri Jung Hyuk on the series Crash Landing on You. Hyun Bin has appeared in several films including Daddy Long Legs, A Millionaire's First Love, Late Autumn, Come Rain, Come Shine, The Fatal Encounter, Confidential Assignment, The Swindlers, The Negotiation, Rampant, and more. 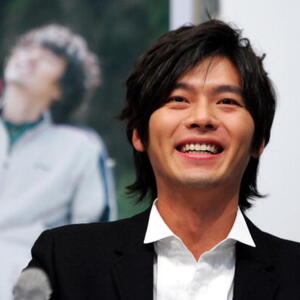