Hutch Dano net worth: Hutch Dano is an American actor Hutch Dano who has a net worth of $1.1 million. Hutch Dano is perhaps best known for playing the role of Zeke Falcone in Zeke and Luther. Dano comes from a family tree of actors and producers: His father, Rick Dano is an actor and his grandfather, Royal Dano was also an actor. His great grand-father was screen writer and producer, J. Walter Ruben and his great grandmother was Virginia Bruce, an actress in the 30s and 40s. Dano hails his grandfather, Royal Dano as his favourite actor.

Bruce started his career at the age of five, appearing in various television commercials. Ignited by the passion for the acting, Dano attended summer theatre for four years and during this time, he caught the attention of casting director, Orly Sitowitz. Dano, who was fifteen at the time, was then referred to the top agent and Management Company who saw something really special in the teenager. Dano started taking acting classes at the Scott Sedita Studios.

In less than a year, the 19 year old was snapped up for the lead role for Disney XD pilot, Zeke and Luther which, in no time, turned into a popular series. Dano did not wait long for other roles in fly in, as he was starred opposite Justin Bieber's beau Selena Gomez in the 2010 adaptation film, Ramona and Beezus.  Before that, he guest starred in a Disney channel's Life Suite on Deck (2008).

Away from acting, Dano enjoys watching old films and hanging out with this friends and family. As a true teenager, he loves playing video games! Dano is also a keen snow skier and drags his family out to the mountains at every given opportunity. Although his loves spending time with friends and family, Dano's favourite person is his grandmother Peggy Dano- because they are so similar! They're both great lovers of old movies and Dano loves to hear his grandmother's stories about her life with Royal Dano. 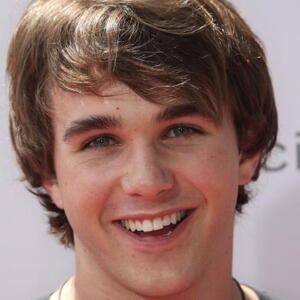