Hunter Tylo net worth: Hunter Tylo is an American actress, author, and model who has a net worth of $13 million. Hunter Tylo was born in Fort Worth, Texas in July 1962. As an actress she is best known for starring as Dr. Taylor Haynes on the soap opera The Bold and the Beautiful starting in 1990 and appearing in more than 2,000 episodes.

Tylo has appeared in the movies The Initiation, Final Cut, Longshot, and Down and Derby. She has also appeared in episodes of the TV series All My Children, Days of Our Lives, Burke's Law, Baywatch, Diagnosis Murder, The Nanny, She Spies, Queens of Drama, and more. Hunter Tylo won a Telvis Award in 2002 for Foreign Female TV Performer. She was nominated for Soap Opera Digest Awards in 1995 and 1999 for Hottest Female Star for The Bold and the Beautiful. She has been married three times including to Michael Tylo. 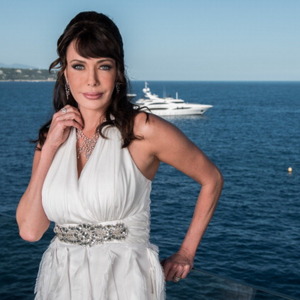