How much is Hugh Laurie Worth?

Hugh Laurie Net Worth and Salary: Hugh Laurie is a British actor, musician, and comedian who has a net worth of $45 million. He is best known for his starring role in the Fox medical drama "House", for which he received two Golden Globes and numerous Emmy nominations. He is also known for his comic work as one half of Fry and Laurie, and on the television shows, "Blackadder" and "Jeeves and Wooster".

Early Life and Career Beginnings: James Hugh Calum Laurie, better known as just Hugh Laurie, was born on June 11, 1959, in Oxford, England. He is the youngest of four children. His father, William George Ranald Mundell "Ran" Laurie, was a physician, and won an Olympic gold medal in the coxless (pairs) rowing category at the 1948 London Games.

Laurie was raised in Oxford, and later attended Eton College. He then continued his education at Selwyn College, Cambridge, following in the footsteps of his father. While there, he studied anthropology and archaeology. Another way in which he followed in his father's footsteps was his participation in competitive rowing while at school and university. He was a member of the junior coxed pair that won the British national title in 1977, and was a member of the British Youth Team at that year's Junior World Rowing Championships. At his peak athletic career, he trained up to eight hours a day. However, he had to leave rowing after suffering from glandular fever. Subsequently, he joined the Cambridge Footlights, a dramatic club at the university.

Acting Career: Along with other members of the Footlights, including Ben Elton, Robbie Coltrane, Stephen Fry, and Emma Thompson, Laurie was selected to write and appear on "Alfresco", a new sketch comedy show for Granada Television. It ran for two series. Then, he and Fry began working together as a duo throughout the 1980s and 1990s. Their writing and acting partnership with Fry led to multiple comedic television series jobs, including the "Blackadder" series, the BBC sketch comedy series "A Bit of Fry & Laurie", and "Jeeves and Wooster".

He began to gain larger roles on film in the mid-1990s, with roles in such projects as "Sense and Sensibility" (1995), "101 Dalmatians" (1996), "The Man in the Iron Mask" (1998), and "Stuart Little" (1999). Simultaneously, he remained active on television, appearing on shows such as "Tracey Takes On…" (1996), "Friends" (1998), and "The Bill" (1998). In 2004, he would begin the role that would make him a star, as Dr. House on "House M.D." which ran until 2012. For "House", Laurie had to use an American accent. Reportedly, his American accent was so convincing that after watching his audition tape, the show's executive producer Bryan Singer (unaware at the time that Laurie is British) said Laurie was the perfect example of the kind of "compelling American actor" he was looking for. 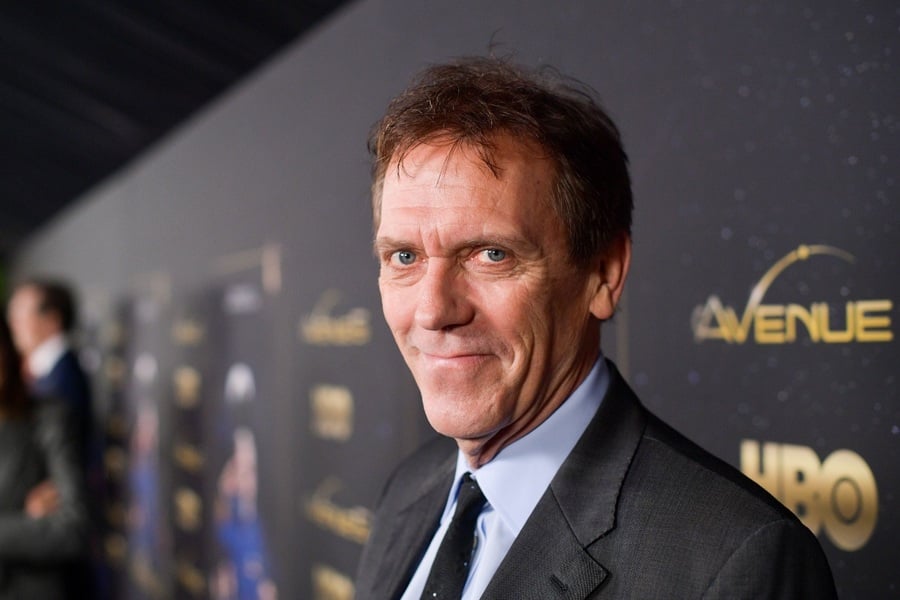 Other Work: Outside of acting, Laurie has pursued many other kinds of projects. He first began taking piano lessons when he was six years old, and in addition to the piano, he also plays the guitar, drums, harmonica, and saxophone. He is a vocalist and keyboard player for Bank From TV, a charity rock group based in Los Angeles. He released his own blues album "Let Them Talk" with Warner Bros. Records in France on April 18, 2011. It features collaborators like Tom Jones and Irma Thomas, among others. His second album, "Didn't It Rain", was released in the United Kingdom on May 6, 2013. He has shown off his musical talents in some of his acting projects, including several episodes of "House".

Additionally, Laurie is a published author. His first novel "The Gun Seller" was published in 1996. A sequel to the popular was announced, under the title of "The Paper Soldier", and was originally scheduled to be released in September 2009. However, as of June 2020, it has not yet been published and is on hold indefinitely.

Personal Life: In 1989, Laurie married theater administrator Jo Green. Together they have two children. Stephen Fry was Laurie's best man at his wedding, and is also the godfather of his children. In May 2007, Laurie was awarded the honor of Officer of the Order of the British Empire (OBE), for his services to drama. In 2018, this honor was advanced to a Commander of the Order of the British Empire (CBE). In October 2016, he received a star on the Hollywood Walk of Fame. 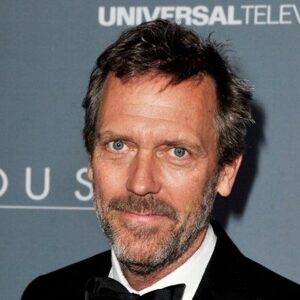