What is Hugh Jackman's Net Worth and Salary?

Hugh Jackman is an Australian actor who has a net worth of $180 million. Hugh Jackman was catapulted into the spotlight after portraying "Wolverine" in the X-Men franchise. At his peak of the Wolverine franchise, Hugh earned $20 million per movie as a base salary before backend participation. Some of his other films include, The Prestige, The Fountain, and Australia. He also received a Tony Award for his work in The Boy from Oz, and won an Emmy for his work hosting The Tony Awards.

Hugh Michael Jackson was born in Sydney, New South Wales, Australia, on October 12, 1968. His parents Grace McNeil and Christopher John Jackman were English, and had immigrated to Australia in 1967. As such, Jackman not only holds Australian citizenship, but British citizenship as well because he was born to UK-born parents. He has four older siblings, and a younger half-sister from his mother's remarriage. After his parents divorced when he was eight years old, Jackman remained in Australia with his father and two brothers, while his mother moved back to England with his two sisters.

He attended the all-boys Knox Grammar School, in Sydney's Upper North Shore. After graduation he spent a gap year in England, before returning to Australia to study at the University of Technology, Sydney. He graduated from university in 1991 with a BA in Communications.

Having enjoyed a drama course he took at university, Jackson enrolled in an completed a one-year course at the Actors' Centre in Sydney, and continued his education at the Western Australian Academy of Performing Arts of Edith Coward University, graduating in 1994.

The same night of his final Academy graduation performance, Jackman was offered a role on the Australian series "Correlli" (1995). He then moved on to stage musicals in 1996, acting in productions of "Beauty and the Beast" and "Sunset Boulevard". His early film projects include "Erskineville Kings" (1999) and "Paperback Hero" (1999), and television appearances on shows like "Law of the Land" and "Blue Heelers".

Jackman first became known outside of Australia when he starred in the Royal National Theatre's 1998 production of "Oklahoma!" in London's West End. His performance earned him an Olivier Award nomination for Best Actor in a Musical, and in 1999 he starred in a film version of the stage musical. His true international breakthrough came in 2000, when he starred as Wolverine in the Marvel superhero film "X-Men" alongside Patrick Stewart, Ian McKellen, Famke Janssen, and James Marsden. "X-Men" was a box-office success, earning $296 million USD, and for his performance Jackman earned a Saturn Award for Best Actor. He reprised the role of Wolverine in the sequel films "X2" (2002), "X-Men: The Last Stand" (2006), and "X-Men: Days of Future Past" (2014); the prequel "X-Men Origins: Wolverine" (2009); and the stand-alone films "The Wolverine" (2013) and "Logan" (2017). For his portrayal of Wolverine, which lasted from 2000 to 2017, Jackman earned a Guinness World Record for "Longest career as a live-action Marvel superhero". 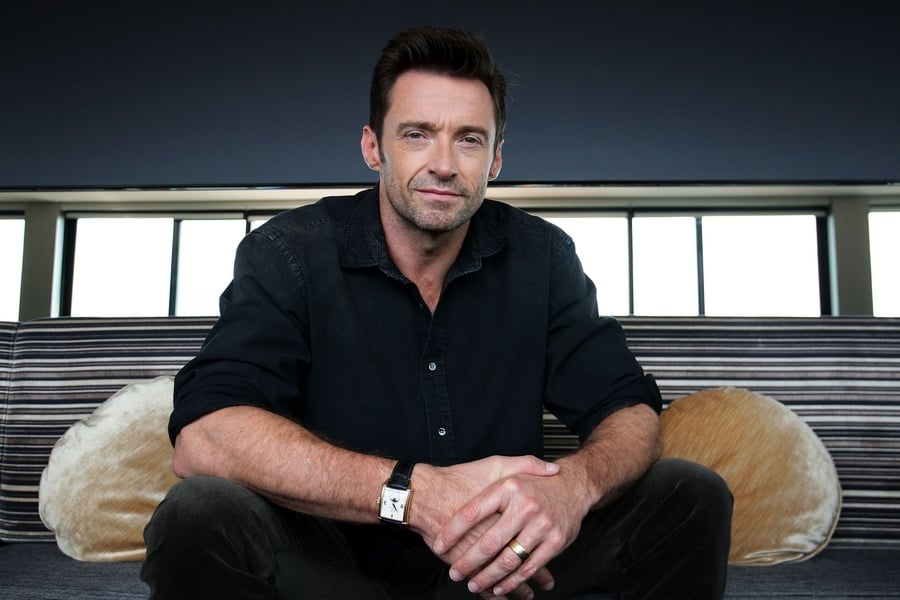 Outside of Marvel, Jackman starred in numerous films and other projects. These include the romantic comedy "Kate & Leopold" (2001), for which he received a Best Actor Golden Globe Nomination; "Swordfish" (2001) alongside John Travolta and Halle Berry; the musical "The Boy  from Oz" (2003 – 2004) on Broadway, for which he won the Tony Award for Outstanding Actor in a Musical in 2004; and the thriller "The Prestige" (2006) alongside Christian Bale, Michael Caine, and Scarlett Johansson. Other notable films of his include the epic film "Australia" (2008); the film adaption of the musical "Les Misérables" (2012), for which he received his first Academy Award nomination for Best Actor; and the musical film "The Greatest Showman" (2017), for which he received a nomination for the Golden Globe Award for Best Actor – Motion Picture Musical or Comedy, and also won a Grammy Award for Best Soundtrack Album. He also featured in several theatre and musical performances, including a production of the play "A Steady Rain" (September – December 2009) with Daniel Craig; his own one-man show at the Curran Theatre in San Francisco in May 2011; the show "Hugh Jackman: Back on Broadway" (October 2011 – January 2012) at the Broadhurst Theatre; a Broadway production of the play "The River" (October 2014 – February 2015) at the Circle in the Square Theatre; and a national tour of Australia with his show "Broadway to Oz" (November – December 2015).

Thanks to his A-list status, Jackman has been the face of several high-profile brands throughout his career. He is a global ambassador for Montblanc, and since March 2019 has also been a brand ambassador for R.M. Williams.

Jackman went on his first world tour in 2019, called "The man. The Music. The Show." He performed songs from the album "The Greatest Showman: Original Motion Picture Soundtrack", in addition to various Broadway and Hollywood musical numbers. It had a total of 88 shows, across North America, Europe, and Oceania.

In 2005, Jackman formed the production company Seed Productions along with his longtime assistant John Palermo. Jackman's wide Deborra-Lee Furness is also involved in the company. 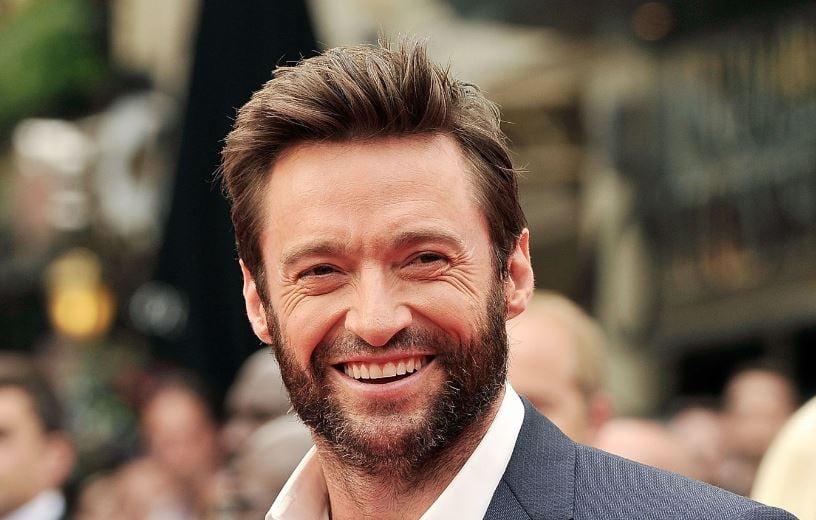 Jackman married actress Deborra-Lee Furness in April 1996. The pair had first met on the set of the television show "Correlli". After Furness suffered two miscarriages, they adopted their children Oscar Maximillian and Ava Eliot.

Jackman is also known for his philanthropic efforts. He serves as a global advisor of the Global Poverty Project, and narrated a documentary for them. He also supports The Art of Elysium and the MPTV Fund Foundation, and he and his wife are patrons of the Bone Marrow Institute in Australia. Additionally, he is a World Vision ambassador. 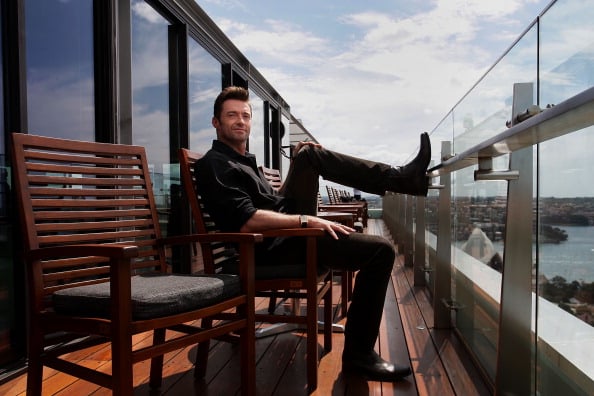 In 2012 Hugh Jackman paid $21 million for a triplex apartment in New York City. The unit had been asking $40 million, so one could say he got a relative bargain. The home is made up of the 8th, 9th and 10th floors of the building, 11,000 square-feet of living space. The 8th floor has three bedrooms, a library, rec-room and several bathrooms. The 9th floor has an enormous, 51×26-foot living room, dining room and kitchen. The 9th floor has several master bedrooms, a workout studio, sauna and more. In June 2022 Hugh listed this complex for sale for $39.8 million.

Over two transactions in 2014 in 2015, Hugh paid a total of $7.5 million for a mansion with an adjoining property in East Hampton. They proceeded to completely raze the property's former two homes and build two new structures on the 2.5 acre estate. In summer months, Hugh offers his Hamptons estate for rent, at a rate of $500k for the period between Memorial Day and Labor Day (basically May through September).

According to real estate records, in August 2022 Hugh paid $21.125 million for a 4,700 square foot penthouse in New York City's Chelsea neighborhood. The unit had been listed for $25 million.