Hugh Dancy net worth: Hugh Dancy is an English actor who has a net worth of $30 million. That is a combined net worth with his wife, fellow actor Claire Danes. They have been married since 2009.

Hugh Dancy was born in Stoke-on-Trent, Staffordshire, England in June 1975. He has acted on stage and was nominated for a Drama Desk Award for Outstanding Actor in a Play for Venus in Fur. In 2002 he starred as the title character on the TV mini series Daniel Deronda. Dancy had a recurring role as Lee Fallon on the television series The Big C in 2011. One of his best known roles came starring as Will Graham on the television series Hannibal from 2013 to 2015. Hugh Dancy starred as Cal Roberts on the TV series The Path from 2016 to 2018. He has appeared in several films including Black Hawk Down, King Arthur, Ella Enchanted, Confessions of a Shopaholic, Adam, Martha Marcy May Marlene, Hysteria, Legends of Oz: Dorothy's Return, and more. Dancy was nominated for a Primetime Emmy Award for Outstanding Supporting Actor in a Miniseries or a Movie for Elizabeth I in 2006. He won a Saturn Award for Best Actor on Television for Hannibal in 2013.

Hugh Dancy married Claire Danes in 2009. They have one child together. 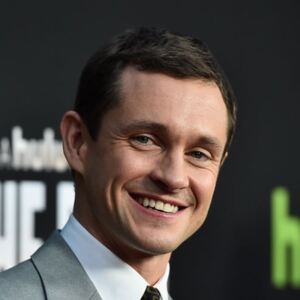