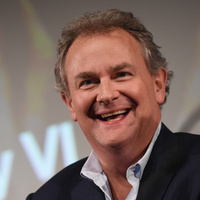 Hugh Bonneville Net Worth: Hugh Bonneville is a British actor who has a net worth of $8 million. Hugh Bonneville was born in Blackheath, London, UK in November 1963. He is best known for playing Robert Crawley in the television series Downton Abbey. He graduated from Corpus Christi College and Webber Douglas Academy of Dramatic Art. He joined National Theatre in 1987 and appeared in several plays before joining the Royal Shakespeare Company in 1991. In 1990 he first appeared in the television series Chancer and had a recurring role in the series Dodgem in 1991. In the mid-1990s he starred in the TV series The Vet and Married for Life. He has had recurring roles on the series Get Well Soon, Mosley, Take a Girl Like You, The Cazalets, Daniel Deronda, The Robinsons, Courting Alex, Five Days, Freezing, Lost in Austen, Bonekickers, Hunter, Ben Hur, The Silence, Doctor Who, Twenty Twelve, Rev, and W1A. His best known role is starting in 2010 as Robert Crawley, Earl of Grantham on the iTV series Downton Abbey. He has starred in the movies Frankenstein, Tomorrow Never Dies, Notting Hill, Mansfield Park, The Emperor's New Clothes, Asylum, Shanghai, The Monuments Men, and Muppets Most Wanted. Bonneville won a Screen Actors Guild Award in 2013 and has been nominated for a Golden Globe, two Primetime Emmy Awards, three BAFTA Awards, and two British Comedy Awards. Hugh married Lulu Evans in 1998 and the couple has a son together.