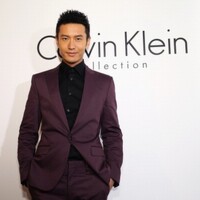 Huang Xiaoming net worth: Huang Xiaoming is a Chinese actor, singer, and model, who has a net worth of $80 million dollars. Huang Xiaoming was born in Qingdao, Shandong, and began acting when he was in elementary school. He was originally interested in pursuing a career in science, but one of his teachers urged him to audition for the Beijing Film Academy. After graduating, he appeared on "A Netizen's Diary", and in "Long Piao". He then shot to fame when he was cast as the lead in the series, "Dan Han Tian Zi". He appeared on the program from 2001 to 2005. He went on to star in both film and television productions including, "The Return of the Condor Heroes", "Shanghai Bund", "Royal Tramp", "Fit Lover", "The Founding of a Republic", and "Sacrifice". He also signed a recording contract, and has since released two albums. Most recently, he appeared in the film "White Haired Witch", and is currently starring in the series, "The Patriot Yue Fei". In October 2015, Huang Xiaoming made international headlines when it was revealed that he and fellow Chinese actor Angela Yeung spent a reported $31 million on their exceptionally lavish wedding.