Hrithik Roshan Net Worth: Hrithik Roshan is an Indian film actor and dancer who has a net worth of $30 million dollars. Born January 10, 1974 in Mumbai, India, Hrithik Roshan is known for his versatility and work ethic as well as his great dramatic range. He began his career as a child actor and appeared in several films throughout the '80s.

His first major film debut was a leading role in Kaho Naa…Pyaar Hai in 2000, a performance which earned him the Filmfare Award for Best Actor and Best Male Debut. He followed this achievement with leading roles in Fiza and Mission Kashmir (both released in 2000) and a multi-star blockbuster, Kaghi Khushi Kabhie Gha (2001). Roshan has won six Filmfare Awards and established himself as one of Bollywood's highest-paid and most respected actors. Apart from acting, Roshan has been a stage performer and playback singer as well as a brand ambassador for several national and international brands. He has also hosted the hit TV show Just Dance and launched his own clothing line called HRx. Roshan's maternal grandfather is famed director-producer J. Om Prakash and first introduced his grandson at the age of six in the highly successful film Aasha (1980) by secretly filming Roshan as he danced spontaneously while visiting his grandfather's movie set. 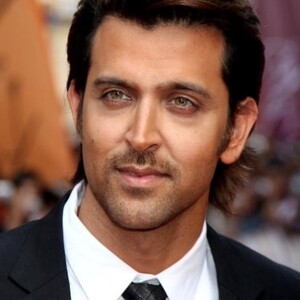