Hope Davis net worth: Hope Davis is an American actress who has a net worth of $3 million dollars. Hope Davis was born in March of 1964, and is best known for her work in American TV shows, including HBO specials, and films. She earned her degree in cognitive science from Vassar University, but transitioned into dramatic acting in 1990.

Her first role was playing William Baldwin's fiancé in the move Flatliners. She also appeared in Home Alone as an airport receptionist, before going on to star in various independent films. Her most notable role to date can be listed as her rendition of Hillary Rodam Clinton in the 2010 film, The Special Relationship. Davis received an Emmy nomination for the role for outstanding lead actress. She is from New Jersey, and the middle of three children, and cites her Mother's ability to tell stories and take them "somewhere cultural" each Sunday as one of the reasons she wanted to become an actor. Davis is also a childhood friend of Mira Sorvino; the two regularly wrote and performed original plays as children. Davis is married to fellow actor, Jon Patrick Walker, with whom she has two daughters. The eldest, Georgia, was born in 2002, while the younger, Mae, was born in 2004. 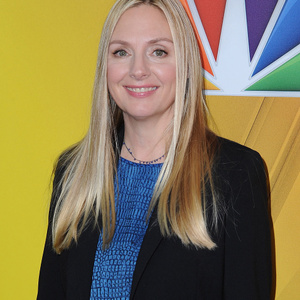