Honey Boo Boo Child Net Worth: Honey Boo Boo Child is an American reality television star and child beauty contestant who has a net worth of $400,000. For their work on the TLC reality show "Here Comes Honey Boo Boo" (2012–2014), her family was paid a salary of $50,000 per episode, earning $2.75 million during the show's run. Born Alana Frances Thompson on August 28, 2005, in McIntyre, Georgia, she first rose to fame on the TLC reality series, "Toddlers and Tiaras" (2012–2013), which followed various child pageant participants and their families as they get ready for competition. After "Here Comes Honey Boo Boo" ended, Alana appeared on her mother's series "Mama June: From Not to Hot," which aired on TLC from 2017 to 2020.

Career: Though "Toddlers and Tiaras" garnered very mixed reviews and earned the ire of multiple children's advocacy groups, Thompson was offered her own show on TLC. The spin-off series, entitled "Here Comes Honey Boo Boo," followed Alana and her mother, June "Mama June" Shannon, as they navigated the pageant circuit. It also focused on her father, Mike "Sugar Bear" Thompson, and her older sisters, Lauryn, Jessica, and Anna, who were not involved in pageant life, and have issues of their own, including teen pregnancy. The show received considerable criticism from people who believe that it took advantage of the family and glorified an unhealthy lifestyle. "Here Comes Honey Boo Boo" aired 55 episodes and was cancelled after season four when Mama June was spotted with a man who had allegedly molested one of her daughters. In 2017, TLC aired a few episodes that had been filmed for season five as a special called "Here Comes Honey Boo Boo: The Lost Episodes." 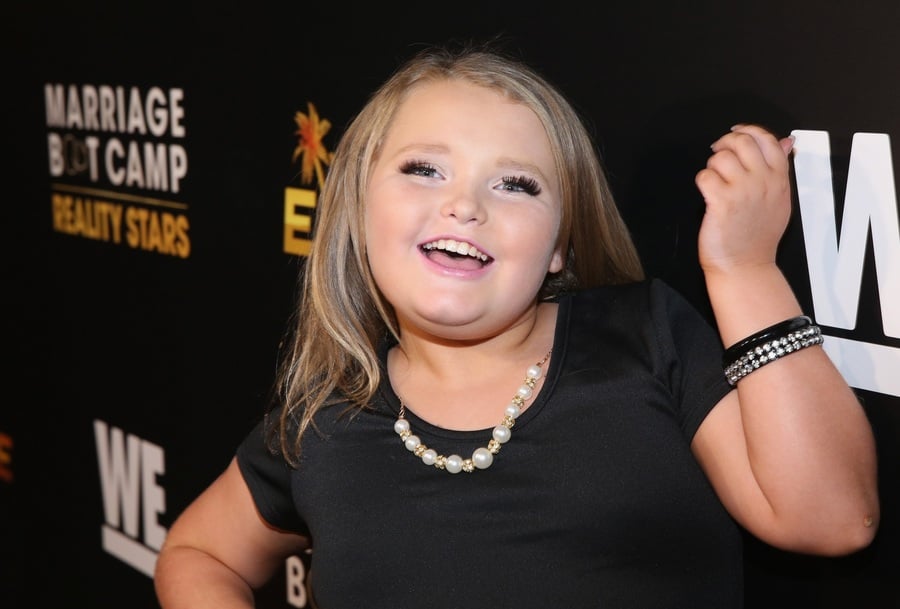 After the show ended, Thompson competed on "Dancing with the Stars: Juniors" in 2018 and was reportedly paid $50,000 to be on the ABC series. She was paired with Tristan Ianiero, and the duo were eliminated from the competition during week four. Alana has also appeared on the shows "Jimmy Kimmel Live!," "The Tonight Show Starring Jimmy Fallon," "The Doctors," "The Wendy Williams Show," "The Screen Junkies Show," "Steve Harvey," "Good Morning America," and "Live with Kelly and Ryan." She was featured on "Barbara Walters Presents: The 10 Most Fascinating People of 2012," and in 2013, her family competed against the cast of "Cake Boss" on "Family Feud."

Personal Life: Thompson's parents split up in 2014, and when her father married Jennifer Lamb in 2017, Alana accompanied him down the aisle. In 2015, Alana and Lauryn recorded a song, "Movin' Up," with singer/songwriter Adam Barta, and the music video sparked a craze known as the "honey boo boo bop." Mama June was arrested for possession of a controlled substance after she and her boyfriend were caught with crack cocaine in March 2019, and Alana's sister Lauryn, who was 20 years old at the time, obtained legal guardianship of her. In April 2020, it was reported that Lauryn, her husband, Josh, and Alana were evicted from their home because they were $1,242 behind on their rent payments. 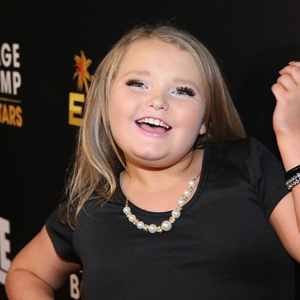