Holt McCallany net worth: Holt McCallany is an American actor, writer, and producer who has a net worth of $3 million. From 2000 to 2001 he starred as Owen Decker on the television series Freedom. McCallany starred as Detective john Hagen on the TV series CSI: Miami from 2003 to 2005. In 2011 he starred as Patrick "Lights" Leary on the series Lights Out.

McCallany starred as Det. Joe Diaco on the television series Golden Boy in 2013. From 2014 to 2015 he had a recurring role on the TV series Blue Bloods as Robert McCoy. In 2017 he starred as Bill Tench on the series Mindhunter. McCallany has also appeared in films and episodes of TV series including Shakedown, Casualties of War, Alien 3, Jade, The Peacemaker, Fight Club, Three Kings, Monk, Criminal Minds, Law & Order: Special Victims Unit, Heroes, Vantage Point, The Perfect Guy, Sully, Jack Reacher: Never Go Back, Justice League, and more. 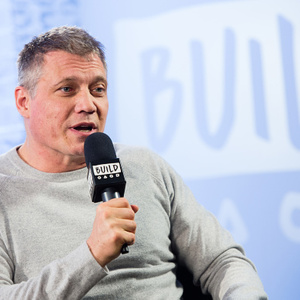