Holly Taylor net worth: Holly Taylor is a Canadian American actress and dancer who has a net worth of $4 million. Holly Taylor was born in Middleton, Nova Scotia, Canada in October 1997. She started out by starring in Billy Elliot on Broadway for almost two years as Sharon Percy. Taylor starred as Paige Jennings on the television series The Americans from 2013 to 2018.

She has starred in the movies Ashley, Worst Friends, The Otherworld, and The Witch Files. Holly Taylor has also appeared in episodes of the TV series Celebrity Nightmares Decoded, The Night Shift, The Good Doctor, Bull, Dolly Parton's Heartstrings, Home & Family, and Last Call with Carson Daly. She has also appeared in the shorts Love and Zombies, The Cook, and July and produced the film The Witch Files. Taylor won a Young Artist Award in 2015 for Best Performance in a TV Series – Supporting Young Actress for The Americans. She was nominated for a Screen Actors Guild Award for The Americans in 2019. 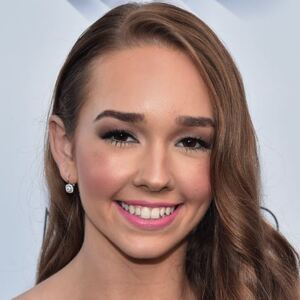