How much is Holly Marie Combs Worth?

Holly Marie Combs net worth and salary: Holly Marie Combs is an American film and television actress and producer who has a net worth of $14 million. Holly Marie Combs first became widely famous for playing the the roles of Piper Halliwell in the television series "Charmed", and Kimberly Brock in television drama "Picket Fences". She won a Young Artist Award for her role in Picket Fences and currently stars in Pretty Little Liars which is an ABC Family original series. On this show, she plays the role of Ella Montgomery. Holly was born on December 3, 1973 in San Diego, California. Holly and her mother moved to New York City when she was 12. She attended Beekman Hill Elementary and then the Professional Children's School. She has been married and divorced twice and has tjree children. Some of her other television appearances include daytime dramas As the World Turns and Guiding Light, and a guest appearance on an American drama television series Relativity. Some of her film credits include "Born on the Fourth of July" in 1984, "A Perfect Stranger" in 1994, "Love's Deadly Triangle: The Texas Cadet Murder", in 1997 and "Ocean's Eleven" in 2001. She was the producer of Charmed seasons 5–8 which aired from 2001 to 2006, and the co-producer for Mistresses in 2009 as well as a writer for the series. 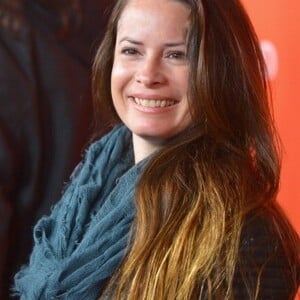