Holly Hunter net worth and salary: Holly Hunter is an American actress who has a net worth of $16 million dollars. She landed a big break after being stuck in an elevator with playwright Beth Henley, who went on to cast her in "Crimes of the Heart" on Broadway, and "The Miss Firecracker Contest" Off-Broadway. She made her on-camera debut in the 1981 film, "The Burning", and within a few years, she had established herself as an actress of note. Her 1987 performance in "Broadcast News" made her both a critical darling and a household name. From there, she went on to award-winning performances on film and television in such projects as, "The Piano" (Oscar for Best Actress) "The Firm", "Living Out Loud", "O Brother, Where Art Thou?", "Thirteen", and "Harlan County War".

Early Life: Hunter was born in Conyers, Georgia on March 20, 1958. Her father, Charles, worked as a farmer and also was a representative for a sporting goods manufacturer while her mother was a housewife. Hunter grew up on a cattle and hay farm and she is the youngest of seven children, one other sister and five brothers. When Hunter was a child, she suffered from a severe case of the mumps which left her unable to hear out of her left ear.

She was attracted to music and performance from an early age and began learning how to play the trumpet, French horn, and piano as a child. She attended high school at Rockdale County High School in the 1970s where she first began acting. She had roles in the plays "Oklahoma," "Man of La Mancha," and "Fiddler on the Roof." Following her graduation, she enrolled at Carnegie Mellon University in Pittsburgh where she earned her bachelor's degree in drama. While attending university, she also became involved in the local theater scene, often appearing in productions organized by City Theatre, a professional theatre company in Pittsburgh.

Career: After finishing college, Hunter moved to New York City to pursue acting. She lived with fellow actress Frances McDormand and caught a break after getting stuck in an elevator with playwright Beth Henley, who subsequently cast Hunter in a number of her plays. She played in both "Crimes of the Heart" and the Off-Broadway "The Miss Firecracker Contest" in the early 1980s.

Hunter also began booking film roles during this time, especially once she moved from New York to Los Angeles, appearing in the 1981 slasher movie "The Burning." Throughout the early and mid 1980s, she was cast in a number of television and films including "Swing Shift" and an uncredited voice appearance in the Coen Brothers' film, "Blood Simple." While she did not receive recognition for this role, it did help her develop an important contact in the Coen brothers, who later cast her as the starring role in their 1987 film, "Raising Arizona." The same year, she starred in "Broadcast News," for which she received an Academy Award nomination.

The following decade was busy for Hunter, as she again collaborated with Henley for the on-screen adaptation of her play "Miss Firecracker." She also worked across Richard Dreyfuss in Steven Spielberg's "Always" and again in "Once Aground." In 1993, she stared in "The Firm," earning her an Academy Award nomination for Best Supporting Actress. She was nominated the same year in the Best Actress category for her role in "The Piano," an award which she won. 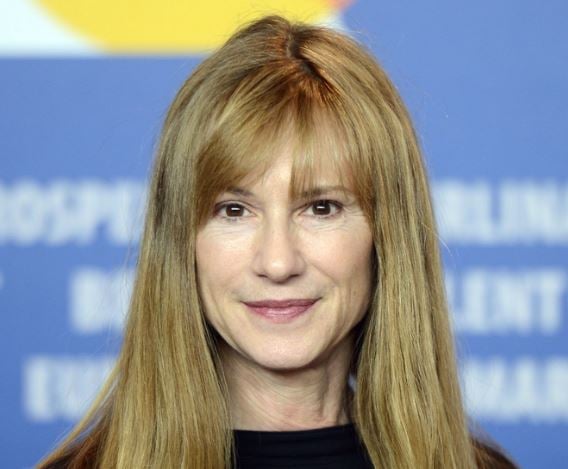 In 1995, she starred in "Home for the Holidays," a comedy, as well as in the thriller film "Copycat." The next year, she starred in "Living Out Loud" across from Danny DeVito and Queen Latifah. She again worked with the Coen brothers in "O Brother, Where Art Thou?" across from George Clooney. She continued working in small screen roles as well, starring in the television movie "Harlan County War" that detailed the labor struggles of Kentucky coal-mine workers. Additionally, she portrayed tennis legend Billie Jean King in "When Billie Beat Bobbie" and then landed a role in the 2002 film, "Moonlight Mile."

Hunter earned nominations at the Academy Awards and the Golden Globe Awards, among a number of other high profile award shows, in the Best Supporting Actress category for her role as the mother in the 2003 film "Thirteen." She then landed a starring role in the 2004 film, "Little Black Book."

The same year, she worked on her first role in an animated film, voicing the character of Helen Parr in the Pixar and Disney film, "The Incredibles." The film was wildly successful and eventually resulted in the sequel, "The Incredibles 2" in 2018, in which Hunter reprised her voice role. The characters in the film were also featured in the "Disney Infinity" video games series, which Hunter also worked on.

In 2007, Hunter became an executive producer on the show "Saving Grace," which she also starred in. The show ran for 46 total episodes and earned multiple award nominations. Hunter specifically was nominated for an Emmy in the Outstanding Lead Actress category and won a Grace Allie Award in the Outstanding Actress in a Dramatic Series category. She was later recognized for her performance in "Top of the Lake" in 2013. Her next major film performance came in the 2017 film, "The Big Sick."

In addition to her many award nominations for her roles in television and film, Hunter was also honored in 2008 by receiving a star on the Hollywood Walk of Fame. She then received the Women in Film Lucy Award in 2009. Her alma mater, Carnegie Mellon University, awarded her an Honorary Doctorate degree in 2016.

Personal Life: In 1995, Hunter married Janusz Kaminski, a successful cinematographer who worked on films like "Saving Private Ryan" and "Schindler's List." They then divorced in 2001 and Hunter began dating British actor, Gordon MacDonald after the two met while they were both working on the production of the play "By the Bog of Cats" at the San Jose Repertory Theatre. Hunter was playing the role of a woman abandoned by her lover, played by MacDonald. The couple has remained together and Hunter gave birth to their twin boys, Claude and Press, in 2006.

Real Estate: In 2005 Holly bought a NYC apartment from fellow Oscar-winning actress Julia Roberts for $4.1 millkion. She sold this apartment in 2014 for $7.6 million.

In July 2014 Holly paid $3.3 million for a town home in Brooklyn's Fort Greene neighborhood. She listed the apartment for sale in May 2018 for $4.5 million, ultimately accepting $4 million in September 2018. 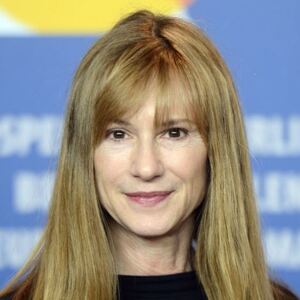