As a child actor she went on to appear in many films and TV shows. In 1994 at the age of six she got her first acting role in a BBC comedy drama series titled All Quiet on the Preston Front. Holliday is known for her role as Lucrezia Borgia in the Showtime series The Borgias. The series ran from 2011 to 2013. She is also known for her role in a 2011 stage production of Jane Eyre. She played a small role in the motion picture Anna Karenina in 2012. She also had a lead role in Mike Newell's Great Expectations, playing Estrella. Holliday Grainger played Bonnie Parker in the miniseries Bonnie and Clyde. She will be featured in a new version of Cinderella, slated to be released in 2015. Holliday was named one of the 55 faces of the future in Nylon Magazine's Young Hollywood issue in 2010. 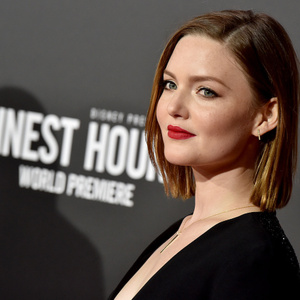