Holland Roden net worth and salary: Holland Roden is an American actress who has a net worth of $4 million. Holland Roden was born in Dallas, Texas in October 1986. She is best known for playing the role of Lydia Martin on the MTV television series Teen Wolf. She studied to be a cardiothoracic surgeon before getting into acting full time.

Roden had a recurring role in the series 12 Miles of Bad Road as Bronwyn in 2008. She starred in the 2013 movie House of Dust as Gabby. She has also appeared in episodes of the TV series CSI: Crime Scene Investigation, Lost, Cold Case, Pushed, Weeds, Community, Criminal Minds, The Event, Memphis Beat, and Grey's Anatomy. In 2013 Roden won a Young Hollywood Award for Teen Wolf. 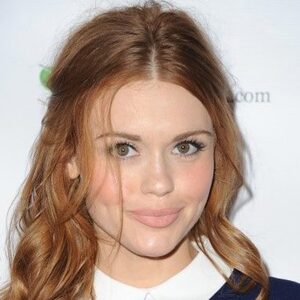