Hill Harper Net Worth and Salary: Hill Harper is an American actor and author who has a net worth of $12 million. Harper is perhaps best known for his roles on series such as "CSI: NY," "Limitless," and "The Good Doctor." He appeared in all 197 episodes of "CSI" and won for a number of awards for the role.

Since making his first few appearances in the early 90s, Harper has become one of the most recognizable faces on television. Although he was born in Iowa City, the actor professes that he has fallen in love with Detroit – the city where he has been filming various projects for much of his career.

Early Life: Francis Eugene "Hill" Harper was born on May 17th of 1966 in Iowa City, Iowa. Raised by a psychiatrist and an anesthesiologist, Harper adopted the nickname "Hill" as a way to honor his ancestors on his mother's side (his mother's maiden name is Hill). By the age of seven, Harper had fallen in love with acting. He maintained interest in drama throughout high school, and after graduating he attended Brown University.

Career: Harper's first big role was in the series "Married… with Children" in 1993. Hill then started appearing in various films, such as "Get on the Bus," "Hav Plenty," and "He Got Game." During this period, Harper showed off his versatility with a wide range of different roles. These ranged from romantic comedies like "Loving Jezebel" to more dramatic films like "The Skulls." One of his most notable roles during this period was in "The Visit."

Perhaps the most defining moment in his career was when he started playing investigator Sheldon Hawkes in "CSI: NY." He maintained this role for a total of nine seasons until the show's closure in 2013. Over the next period, Harper appeared on series like "Covert Affairs" and also appeared in various stage productions.

Despite his interest in Off-Broadway productions, Hill has also been quite active in television towards the latter part of the 2010s. He booked a central role in the series "The Good Doctor" in 2017, and as of 2020 the series is still going. Harper is also an established voice actor with credits in video games, podcasts, and animated projects.

Business Ventures: Hill Harper has been involved with a number of business ventures outside of his acting career. He is the founder of a skincare line called Be The Architect, which he founded after being diagnosed with thyroid cancer. After doing considerable research into skincare products, he found that they often contain harmful, potentially carcinogenic ingredients. As a result, Hill strives to ensure that all products sold by Be The Architect are all-natural and free of toxins. Harper eventually made a full recovery from his cancer.

In 2017, Hill became the new owner of a coffee shop in Detroit called Roasting Plant Coffee. He had previously worked as a brand ambassador and advisor for the coffee company. Although this company is headquartered in New York, Harper stated that he wished to use the Detroit-based coffee shop to give back to the community, especially in regards to local youth.

Real Estate: In 2017, Hill Harper purchased a mansion in Detroit. But it wasn't just any mansion; it was the "iconic" Charles T. Fisher mansion located in the city's historic Boston-Edison District. The home then hosted the 2018 Designers' Show House – an event where dozens of interior designers transformed the room room by room in an effort to raise money for a local charity. Harper was especially pleased that the proceeds would go towards families and children in Detroit.

The Charles T. Fisher Mansion spans 18,000 square feet, making it the largest home in the neighborhood. It was originally constructed in 1922 by Michael Fisher, a distant relative of the Fisher Brothers. These brothers created Fisher Body Co. many years ago. Harper stressed that despite the events and the building's historic significance, he intended to make it his primary residence.

In 2018, Harper purchased a home in Malibu for $4.1 million. The gated property features Spanish architectural influences and sits on just over an acre of land. With exceptional views that overlook Broad Beach, the property represents a perfect getaway home for a Hollywood actor or anyone else who can afford to live in this affluent neighborhood. In total, Hill's home offers approximately 3,800 square feet of living space. The outside area features a tiled patio, a dining terrace, and meticulous landscaping.

Not long after acquiring this three-bedroom Malibu home, Hill decided to rent it out. Harper ostensibly came to the conclusion that if he wasn't using this vacation home for the majority of the year, he might as well rake in a little bit of passive income while he's away. Rental fees are not cheap, and those who wish to stay at Harper's luxurious home must be willing to shell out $20,000 per month.

Hill's real estate portfolio includes a few other properties. In 2009, he acquired a rather unassuming property in North Hollywood for $270,000 – clearly an investment home. In 2003, he purchased another home in Hollywood Hills for $915,000. The three-bedroom residence is also an investment property for Harper, and in 2015 he started renting it out for about $7,000 per month. 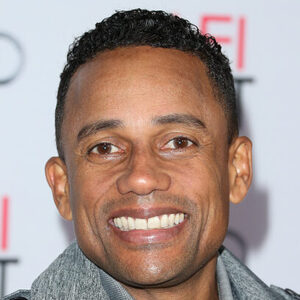