Hilary Swank Net Worth: Hilary Swank is an American film actress who has a net worth of $60 million. Over the course of her career, Hilary Swank has become one of the most recognizable faces in Hollywood. She is also one of the decorated actresses in the entertainment world, having won a vast number of awards with plenty of additional nominations.

Swank's acting career began in the 90s, but she continued to appear in notable roles throughout the next few decades. Today, Hilary maintains career consistency and versatility. She is still a major force within Hollywood – whether she's in front of the camera or acting as a producer. In 2007, Hilary Swank was given a star on the Hollywood Walk of Fame.

Early Life: Hilary Ann Swank was born on July 30th of 1974 in Lincoln, Nebraska. Raised alongside two siblings, Hilary initially lived in Spokane, Washington for much of her childhood before moving with her family to Bellingham, Washington at the age of six. While attending high school, Hilary competed in the Junior Olympics and Washington state championships as a swimmer. She also became an accomplished gymnast and achieved a top-five ranking within the state of Washington. She also cultivated an early passion for acting with several performances in plays.

After her parents divorced, Hilary Swank moved with her mother to Los Angeles at the age of 15. The pair lived in a car until Hilary's mother earned enough to rent an apartment. This period inspired Hilary to become a successful actress, and she started to become more serious about this career path because she felt like an outsider in California.

Career: Hilary Swank's first major acting role came in 1992 when she booked a small role in the series "Buffy the Vampire Slayer." She then appeared in the direct-to-video drama "Quiet Days In Hollywood." Towards the mid-90s, she started to book more prominent, starring roles in movies like "The Next Karate Kid" and "Cries Unheard: The Donna Yaklich Story." Further roles came in movies like "Kounterfeit" and "Terror in the Family."

Another big break came in 1997 when Swank booked a recurring role as a single mother in the series "Beverly Hills, 90210." She was eventually cut from the show after 16 episodes, which seriously dented her confidence. However, she bounced back from this incident with a critically-acclaimed role in "Boys Don't Cry," playing a role as a trans man. She was paid just $3,000 for the role, but many critics called it the best female performance of 1999. Hilary Swank ended up winning a Golden Globe and an Academy Award for Best Actress.

In 2004, she won both awards once again after appearing in the film "Million Dollar Baby." In doing so, she became one of the only actresses to ever win both awards twice with only two nominations. In 2007, Swank followed up with a starring role in the film "Freedom Writers," for which she received positive reviews. That year, she also booked a role in a horror movie called "The Reaping." To end a busy 2007, Hilary joined Gerard Butler in the romantic comedy "P.S. I Love You."

In 2009, she portrayed famed aviator Amelia Earhart in the biopic "Amelia," a film that she also co-executive produced. In 2013, she starred in "Mary and Martha," and in 2014 she played a woman with ALS in "You're Not You." Towards the end of the decade, she booked a role in the heist comedy "Logan Lucky" and joined the cast of "55 Steps." In 2018, she followed up with a role in the film "What They Had." That year, she also booked a recurring role in the series "Trust." She then appeared in the controversial film "The Hunt," which performed poorly at the box office due to the coronavirus pandemic of 2020. 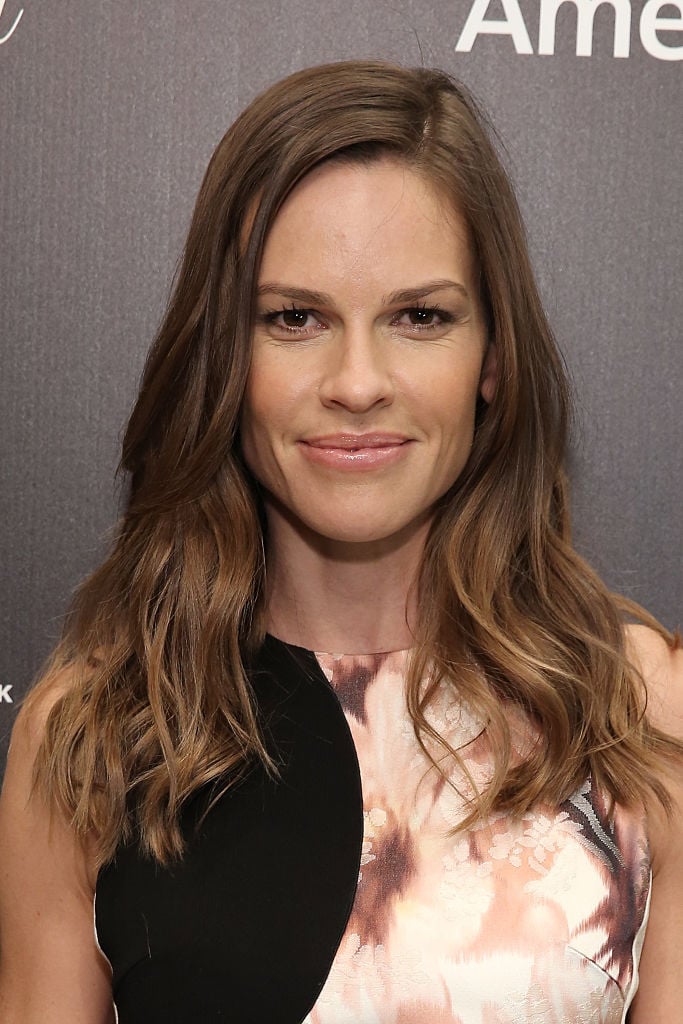 Brand Endorsements: In 2006, Hilary Swank became the face of "Insolence," a new perfume by Guerlain.

Relationships: Swank's first husband was actor Chad Lowe, whom she met on the set of a film. They were married in 1997 and stayed together for almost ten years before separating in 2006. Their divorce was finalized in 2007. That year, she started dating her agent, John Campisi. Their relationship lasted for five years before they split up in 2012.

In 2016, she became engaged to Ruben Torres, a financial adviser and former tennis pro. They dated for one year before becoming engaged. Later in 2016, it was announced that the pair had called off the engagement. Two years later she married entrepreneur Philip Schneider after dating him for two years.

Real Estate: In 2002, Hilary Swank purchased a property in the West Village neighborhood of Manhattan. The townhome features over 3,700 square feet of living space split over four stories, limestone floors, a private outdoor garden, and 11-foot ceilings on the parlor floor. She eventually sold the property in 2008 for just over $7 million.

In 2007, Swank snatched up a property in Pacific Palisades for $5.8 million. The Californian house features strong Mediterranean aesthetics and boasts just over 6,700 square feet of living space. One of its most endearing qualities is its breathtaking ocean views, while a wine room adds plenty of character. Surprisingly (considering the price tag), there is no pool in the backyard – although the beach is just a short walk away. In 2012, Hilary put the property back on the market for $9.5 million. 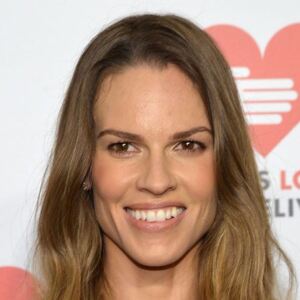